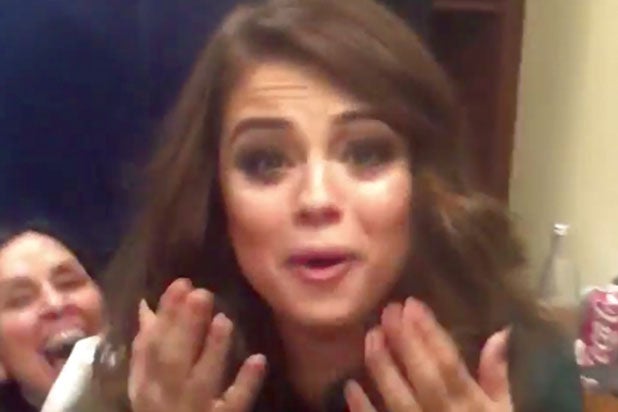 Taylor Swift‘s “Bad Blood” won the Best Music Video at the 2016 Grammy Awards on Monday — and Swift and best friend Selena Gomez “are not OK.”

“Bad Blood just won a Grammy for Best Music Video and we are not ok. @selenagomez,” Swift tweeted, along with a video showing the gal pals screaming at the top of their lungs upon hearing the news.

Swift is up for numerous awards, including Album Of The Year for “1989” and Song Of The Year for “Blank Space.” She has already won Best Vocal Pop Album, which collaborator Jack Antonoff accepted on her behalf.

Bad Blood just won a Grammy for Best Music Video and we are not ok.@selenagomez pic.twitter.com/EquWAq0UPg