Taylor Swift took the stand on Thursday in a trial over whether radio DJ David Mueller groped her rear end during a 2013 meet-and-greet in Colorado, telling the court that Mueller “stayed on to my bare ass cheek” as they posed for a photo.

Questioned by Mueller’s attorney, Gabriel McFarland, about what happened, Swift told the court, according to Denver’s ABC affiliate: “He stayed on to my bare ass cheek as I lurched away from him uncomfortably … The first couple of milliseconds, I thought it must be a mistake. I moved to the side very quickly.”

When asked about Mueller’s hand placement while the photo was being taken, Swift responded. “He stuck it right up.”

McFarland asked the “Shake it Off” singer if she was certain that it was Mueller who groped her, Swift said there was no question.

“He had a handful of my ass. It happened to me. I know it was him,” Swift responded. “I didn’t need a picture. I could have picked him out of a line of a thousand…this is not alleged. I don’t need you to grill me about the tiny details of this photograph.”

Asked why the front of her skirt wasn’t ruffled in the photo that was taken during the alleged groping, Swift said, “Because my ass is located on the back of my body.”

Swift was initially sued in September 2015 by Mueller, who claims that he was wrongfully fired after being accused of groping the singer during the meet-and-greet at Swift’s concert at Denver’s Pepsi Center in June 2013. The radio personality, who goes by the professional name “Jackson,” has adamantly denied the accusation, though Swift has testified: “It was not an accident. It was completely intentional, and I have never been so sure of anything in my life.”

Here is the photo of Swift and Mueller, from TMZ: 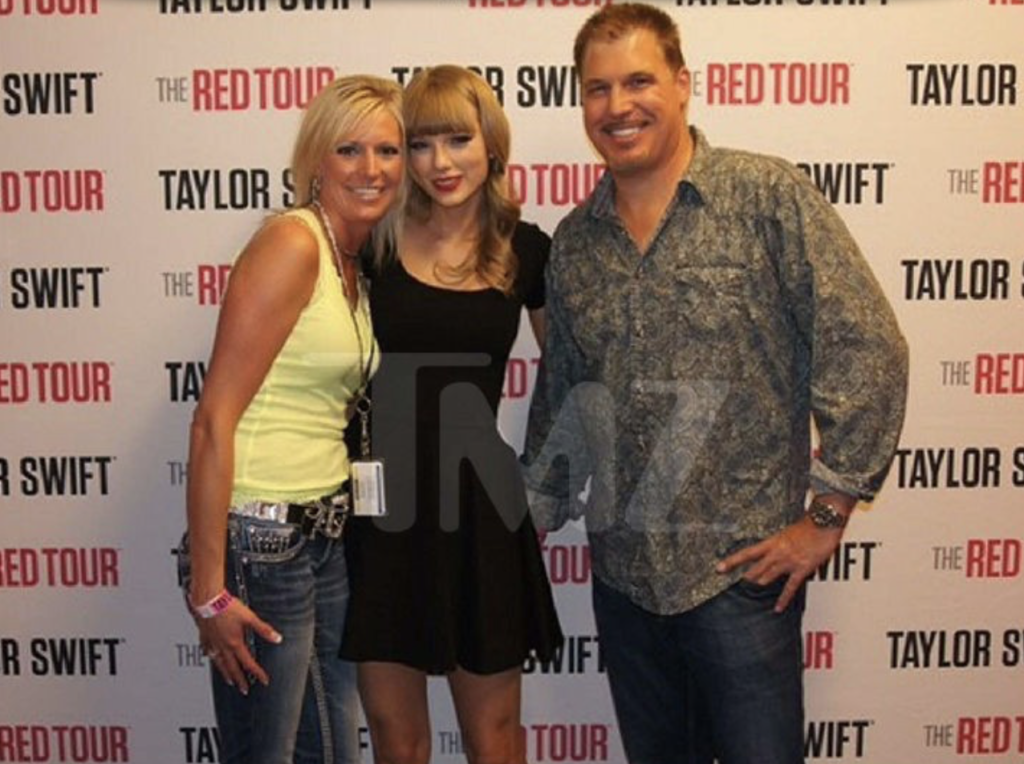 Katy Perry admitted to James Corden that the pop stars have beef. ”It’s time for her to finish it,“ she says