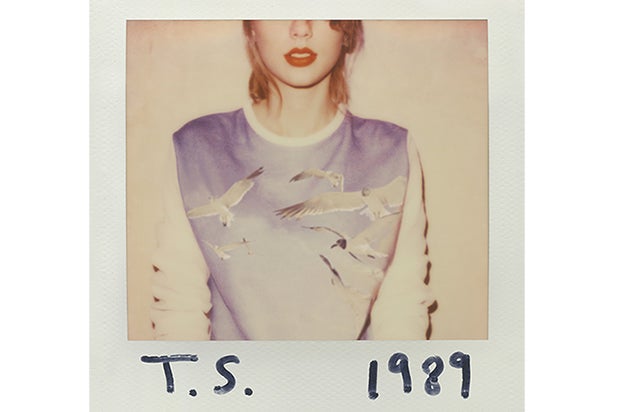 Taylor Swift made her way into the record books with first-week sales of her debut foray fully into the world of pop music. Based on a Nielsen Soundscan bulletin released Tuesday evening, “1989” moved 1.287 million units in its first week.

Sales mark the biggest week for any album since 2002’s “The Eminem Show,” which at 1.322 million still holds the all-time single week sales record. Early projections gave Swift a real shot of breaking Britney Spears‘ 2000 record for highest first-week sales by a female artist — she moved 1.319 million units of “Oops! … I Did It Again.”

The first-week sales of “1989” did establish Swift as the only artist in history to sell 1 million copies in a single week over three different albums, which also happen to be her three most recent efforts.

She previously sold 1.047 million copies of “Speak Now” in 2010, followed by 1.208 million copies of “Red” in 2012. So not only has she hit the mark with her three latest albums, she has actually improved on her own sales with each subsequent album.

“1989” becomes the first album of 2014 to sell a million copies, or go platinum. The only album that’s moved a million copies is the soundtrack for “Frozen,” which was released in 2013. Other best-sellers of 2014 are 2013 releases as well, including Beyonce’s self-titled album and Lorde’s “Pure Heroin.”

Soundscan’s full sales figures for the week ending Nov. 2 will be released on Wednesday.