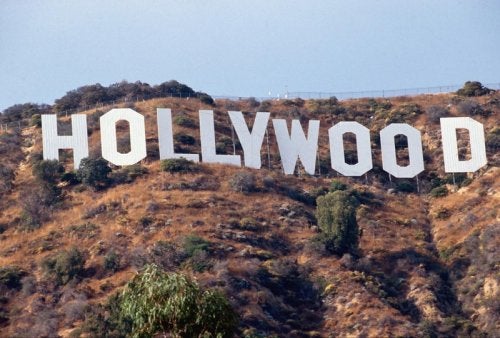 Turner Classic Movies (TCM) is joining efforts to preserve the area around the iconic Hollywood sign.

The movie channel will help boost awareness about the Campaign to Save Cahuenga Peak’s quest to raise $12.5 million to buy 138 acres located around the landmark through its recently announced TCM Classic Film Festival.

The campaign has been largely orchestrated by the Trust for Public Land and a rag tag group of celebrities such as Tippi Hedren and Virginia Madsen.

The "let’s put on a show" mentality could have been a plot point in one of the Judy Garland movies the channel regularly airs, but the trust need the help if its going to meet its April 14 deadline. It currently has banked over $8 million so far through a largely grassroots effort that’s included such dramatic gestures as cloaking the Hollywood sign in an attempt to show the threats to the view posed by overdevelopment.

The film festival will take place in Hollywood April 22-25. TCM will help with the effort by auctioning off 10 passes to benefit the campaign, recording a video message urging people to donate with TCM weekend daytime host Ben Mankiewicz, and will feature regular reports on its TCM movie news feature.

“The Hollywood sign is an iconic symbol known the world over, but the land surrounding it is in grave danger of being developed in a way that could destroy its appearance,” TCM host Robert Osborne said in a statement. “As we’re about to celebrate the history of Hollywood with our first-ever TCM Classic Film Festival, we are eager and proud to help preserve an important aspect of that history through this important initiative.”