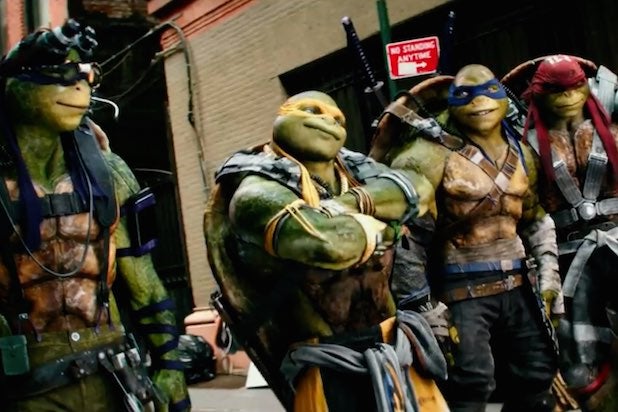 “Teenage Mutant Ninja Turtles: Out of the Shadows,” the sequel to 2014’s film, earned a solid $2 million at the Thursday previews.

Heading into the weekend, it was tracking at a $40 million opening weekend although the studio is slightly more conservative with an estimate of $37 million.

The film currently has a score of 35 percent on Rotten Tomatoes.

Tear-jerker “Me Before You,” starring Emilia Clarke and Sam Claflin, grossed $1.37 million at the Thursday previews.

Heading into the weekend, the romantic film is expected to gross $14 million in its opening weekend, not bad for a film that had a production budget just over $20 million.

“Me Before You,” based on Jojo Moyes’ warmly-reviewed novel of the same name, follows Louisa Clark as she takes a job helping out a quadriplegic man, soon forging with him a bond that will change their lives forever.

It currently holds a score of 56 percent on Rotten Tomatoes.

Made by the guys behind Lonely Island and starring Andy Samberg, the comedy is expected to gross $7 million this weekend against its $21 million budget.

The film, a parody of music documentaries such as “Justin Bieber: Never Say Never,” has a Rotten Tomatoes score of 79 percent. It follows Conner4Real (Samberg) as he weathers the ups and downs of his pop star life, especially when his second album flops.