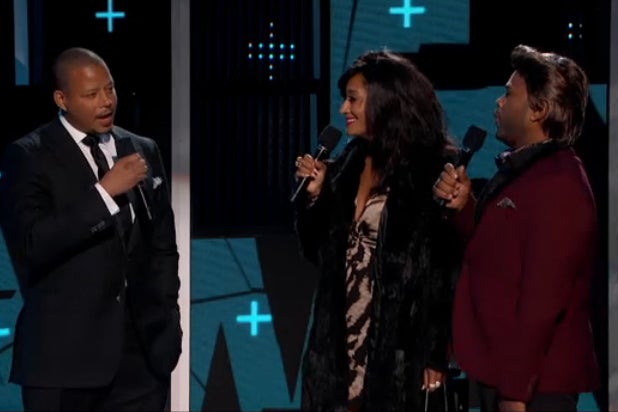 BET Awards hosts Tracee Ellis Ross and Anthony Anderson performed an ode to their Fox hit “Empire” during a Sunday skit, which was crashed by the real Lucious Lyon (Terrence Howard) himself.

Shoes were then threatened to be thrown over the product theft.

For his part, Anderson swore that his straight hair is natural, thanks to his German mother. That’s when the real Lucious Lyon appeared, challenging the whole conceit and exciting the Los Angeles audience.

When the “Black-ish” male lead called out Howard for his ever-changing hairstyle, the actual “Empire” star scored the biggest laughs of the performance.

“I don’t go no perm no more,” Howard explained. “Started getting a bald spot.”