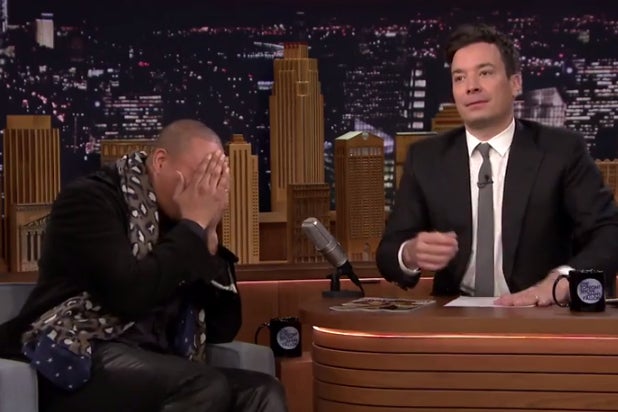 Remember that really uncomfortable time Terrence Howard took the podium at the 2015 Oscars and could barely get his words out? He does. Painfully. And Jimmy Fallon wouldn’t let him forget it anyway.

The “Empire” star was forced to relive the disaster via play-by-play on “The Tonight Show” Monday, sharing exactly what the hell happened.

Apparently, Howard took a little too much pride in vowing to his wife that he’d go off-teleprompter. That’s a bad move when you’re simultaneously starstruck and improperly accessorized.

“First and foremost, I forgot to wear a belt that day,” the actor behind “Empire’s” Lucius Lyon recalled, drawing laughs from Fallon.

And then he saw Oprah in the audience, and all bets were off.

“I choked!” he admitted to Fallon, who at this point was howling uproariously with house band leader Questlove.

Also Read: 11 Lessons from the Oscars Flubs, Snubs and Legos

Fallon rolled the clip, much to Howard’s dismay, but to the joy of the NBC studio audience.

“I thought I had it together, and then I hit the microphone,” Howard said of the loud off-camera thump that put a ribbon on his Academy Awards appearance. “And I was like, ‘Maybe nobody noticed.”