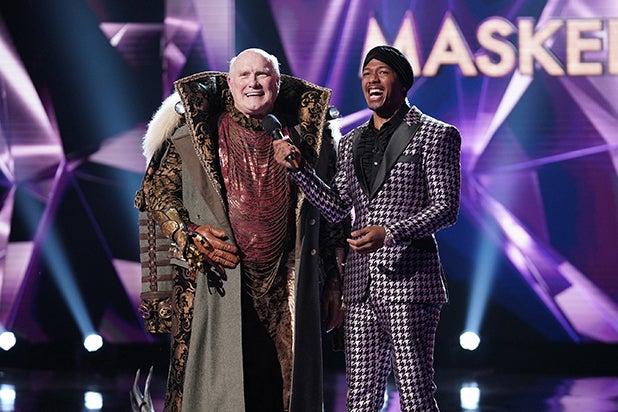 Terry Bradshaw has apologized for “an insensitive remark” he made about Ken Jeong during the Fox upfront presentation Monday morning.

“I made an insensitive remark today about Ken, who I’ve known for some time. I’ve spoken to him about the importance of cultural respect and apologized for my offensive comments,” Bradshaw said Monday night in a statement first published by Variety. “I would like to also apologize to the Asian-American community for my insensitivity”

Bradshaw appeared at the Fox upfront presentation Monday morning in order to promote “Thursday Night Football,” but during some off the cuff remarks making fun of his time on “The Masked Singer,” the former Pittsburgh Steelers quarterback also called his network colleague, Ken Jeong, “the little short guy from Japan.”

“I love to sing, as all of you know who have my records,” Bradshaw said after being asked by “Fox NFL Sunday” co-host Michael Strahan about his appearance on “The Masked Singer” earlier this year. “Unfortunately, I was kicked off by Alan Thicke and the little short guy from Japan,” he said, referring to two of the show’s judges, Robin Thicke and Ken Jeong.

Jeong, who later appeared on the same stage at Monday’s event to promote the network’s hit singing competition, is Korean American. He served as a panelist on the first season of “The Masked Singer” alongside Thicke, Jenny McCarthy and Nicole Scherzinger.