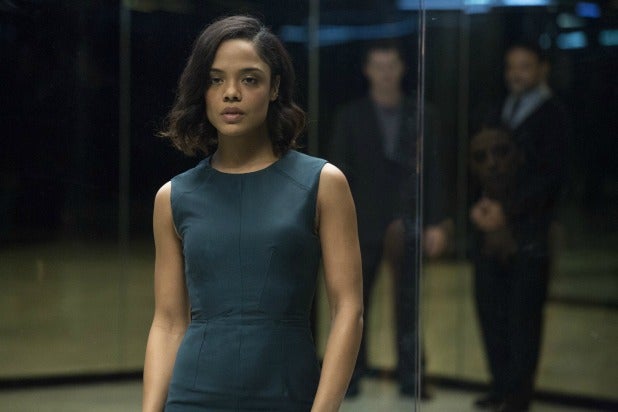 Now this is an Emmy reaction.

“Westworld” star Tessa Thompson celebrated the HBO show’s whopping 22 nominations in the only way she knew how: by getting down to the classic rap jam, “California Love.”

Aye! Hale and Sizemore (in a lip) loving that Emmy Love! pic.twitter.com/YopllEs636

The video capturing her grooving — alongside her co-star Simon Quarterman, wearing red lipstick (why, we’re not sure) — appears to have been shot inside her trailer on the “Westworld” set. That would make sense, given the show’s second season is currently in production.

Season 2 of “Westworld” is likely to debut on HBO sometime in 2018. Thompson will next be seen as warrior Valkyrie in “Thor: Ragnarok,” which opens Nov. 3.