(Los Angeles, CA) May 3, 2016 – TheWrap is pleased to announce that the 2016 ShortList Film Festival featuring the best in award-winning shorts from around the world is now open for entries, with finalists streaming online from August 9 – 23, 2016.
Presented by PepsiCo, the ShortList Film Festival brings viewers the very best award-winning short films from around the world. The 2016 festival will present its top picks at ShortListfilmfestival.com as the excitement builds to awards in three categories, including:

Now in its fifth year, the ShortList comes off the incredible momentum of choosing as its top winner for 2015 the Chilean short “Bear Story,” which went on to win the Academy Award for Animated Short Film. 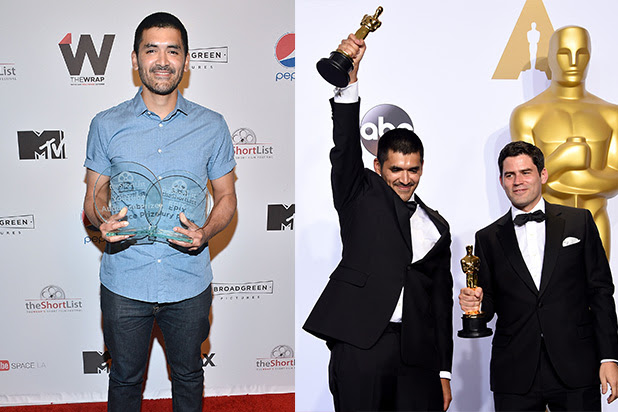 “Bear Story” won both the Audience and Jury prizes.

“The ShortList was established to shine a spotlight on the exciting storytelling going on in short-form video, and to be the bridge between the digital streaming world and traditional filmmaking,” TheWrap Editor-in-Chief Sharon Waxman said. “As streaming continues to mature as a distribution platform for high-quality content, we are very excited to recognize the best work in short films, and the creators of the major entertainments of tomorrow – from art films to blockbusters.”

The ShortList Film Festival is led by Sundance veteran and respected shorts programmer Landon Zakheim, selecting 12 of the best award-winning short films that have premiered at a major festival in the past year, making this the most highly-competitive film festival of its kind.

“We’re incredibly excited to provide an opportunity for award-winning short filmmakers to get more much-needed exposure for their work and to supply the lucky winners with generous prize money to further their craft,” Zakheim said.

TheWrap caught up with Gabriel Osorio at the Governors Ball following his Oscar victory in February. The young director said he thought the exposure at the ShortList festival, and the accompanying article on the website, was the first time the real story of the film reached a wider audience, particularly in Hollywood.

“When I came out here for the ShortList and you told me I had a shot at the Oscar, I never believed it. I still can’t believe that it happened,” Osorio said.

Building on the scope of its in-house content incubator the Creators League, PepsiCo will choose the winner of the ShortList Creators League Prize. The Audience Prize will be bestowed on the film with the most votes tallied online, while the Jury Prize goes to the film chosen by the ShortList’s distinguished panel of independent film experts. Winners will be presented at our live event at the YouTube Space LA.

Film submissions are now open via Film Freeway at filmfreeway.com/festival/TheShortlistFilmFestival. Short films up to 20 minutes in length that have received an award at a major Film Festival in the past year are eligible. For more information visit ShortListFilmFestival.com.

This year’s festival is sponsored by Presenting Sponsor PepsiCo and venue partner YouTube Space LA. Other partners and jury members will be announced in coming weeks.