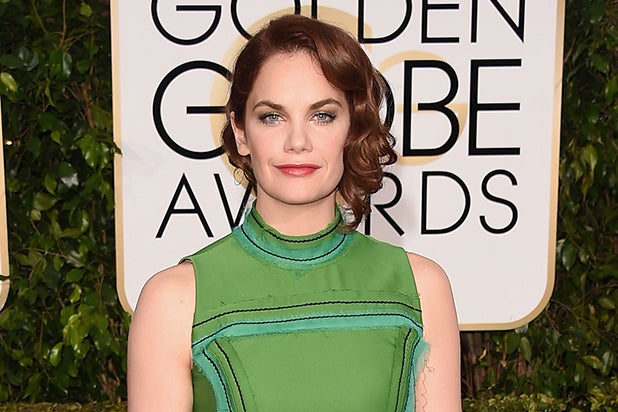 Golden Globe winner Ruth Wilson (“The Affair”) is set to star in Osgood Perkins’ supernatural thriller “I Am the Pretty Thing That Lives in the House.”

“I Am the Pretty Thing That Lives in the House” follows Lily (Wilson), a young nurse hired to care for elderly Helen Bloom, a best-selling author of ghost stories who has chosen to live out her final days in her beloved country home — a home that holds a horrific ghost story of its own.

Also Read: Emma Roberts Drama 'February' Picked Up by A24, DirecTV in Toronto

Perkins will direct from his own script, and production will start Feb. 16 in Ottawa. Paris and Menzies are producing, while Ghossein serves as executive producer.

“I Am the Pretty Thing That Lives in the House “marks Perkins’ second project with Paris Film, Zed Filmworks and Go Insane Films following their successful collaboration on “February,” which A24 acquired at the Toronto International Film Festival. Emma Roberts and Kiernan Shipka star alongside Boynton.

Also Read: Kal Penn on Playing 'Creepy' Fashion Photographer in 'The Girl in the Photographs' (Video)

Paris Film and Zed Filmworks recently joined forces in a partnership with Go Insane Films to co-finance and produce a slate of five films over two years, with production based in Ottawa. “I Am the Pretty Thing That Lives in the House” is the third project to be announced under the deal.

The first two were Chris Eigeman’s “Trinity,” which follows two brilliant young physicists recruited in 1943 from Columbia University to help build the first atomic bomb, and Zak Hilditch’s “Numbskull,” about internet sensation Billy “The Kid” O’Connor, who who must reconcile the extreme exploits that brought him fame and fortune while driving away his wife and daughter.