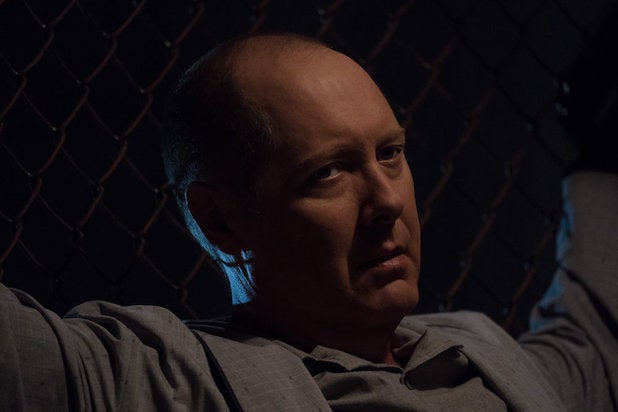 It’s safe to say fans of “The Blacklist” weren’t expect Raymond Reddington (James Spader) to be safe and sound at the start of Season 7 on Friday, following his abduction on last spring’s finale — but up until now we weren’t sure just how bad off Red would be after being drugged by the mysterious Katarina Rostova. And, well, it’s not great.

When we open the season, Reddington’s in an incredibly dire place,” creator Jon Bokenkamp told TheWrap. “I can’t say where he is physically — or what his condition is — but it is definitely… unexpected. What I can say is that the audience will find themselves in Reddington’s shoes, trying to catch up. This is about as bad of a place as we’ve seen him thus far in the series.”

OK, while those details should make you afraid — probably very afraid — the executive produce assures us that Liz (Megan Boone) and the task force will get to work on finding him ASAP.

Also Read: 'Blacklist' Bosses on Finale's 'Mythic' Character Intro and What it Means for Liz and Red in Season 7

“The task force will realize Reddington is missing soon,” Bokenkamp said. “Very soon. In this first episode, in fact. But Reddington’s abduction is news to them. They, much like the audience, are starting in a deficit with no real understanding of what has happened. I think it’s fair to say they’ll do whatever it takes — potentially even breaking a law or two — in order to try and get him back.”

As for what we’ll learn of the infamous Katarina (played by Laila Robins) on the seventh season premiere, titled “Louis T. Steinhil,” Bokenkamp says that arc will reveal itself in due time. And what comes of her arrival could pose a problem to Red and Liz’s relationship going forward.

“Katarina is a character we’ve heard about for a number of years now. However, until this point she’s been a specter,” he told us. “Katarina’s arrival now introduces a whole new set of very real problems for Reddington, most specifically because this is a woman with a deep, intimate and very personal understanding of Reddington. Her knowledge of Reddington and the truths he’s holding presents a very tangible threat to Red, and places him in an incredibly vulnerable place, not only in the criminal community, but with Liz. In terms of how Katarina’s arrival impacts Liz and Red, hang tight — this could be a bumpy ride.”

“The Blacklist” Season 7 premieres Friday at 8/7c on NBC.