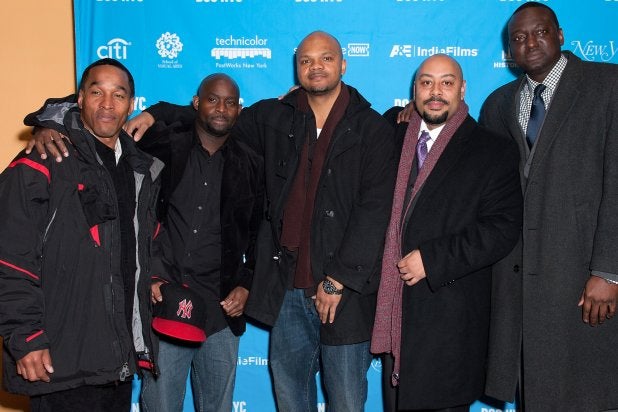 The five men convicted and incarcerated in the 1989 beating and rape of a jogger in New York’s Central Park had their convictions overturned and were ultimately set free. Now, they’ve agreed to a settlement of approximately $40 million from New York City as resolution for the civil suit over their arrests and imprisonment.

The men, who are black and Hispanic, ranged in age from 14 to 16 years old when they were first arrested and questioned. The men were convicted in 1990, after statements they claimed were coerced were ruled admissible in court.

Those convictions were vacated in 2002 after DNA evidence pointed to a single man, convicted rapist and murderer Matias Reyes, who confessed to the crime while already serving a life sentence. This did not come before the men had already served many years behind bars. Khary Wise spent 13 years in prison, while Antron McCay, Kevin Richardson, Yusef Salaam and Raymond Santana Jr. spent seven years each.

At $40 million, the settlement averages about $1 million for each year of imprisonment for the men, implying that Wise would get the largest portion of the total settlement. In similar settlements, the city generally does not admit liability or wrongdoing.

The confidential deal, first reported by The New York Times, still needs approval by the city comptroller, Scott M. Stringer, and Judge Deborah A. Batts of Federal District Court in Manhattan. Batts previously rejected the city’s motion to dismiss the suit in 2007.

In that original lawsuit filed against the city of New York, legal counsel for “The Central Park Five” accused the police and prosecutors of false arrest, malicious prosecution and racially motivated conspiracy to deprive the defendants of their civil rights.