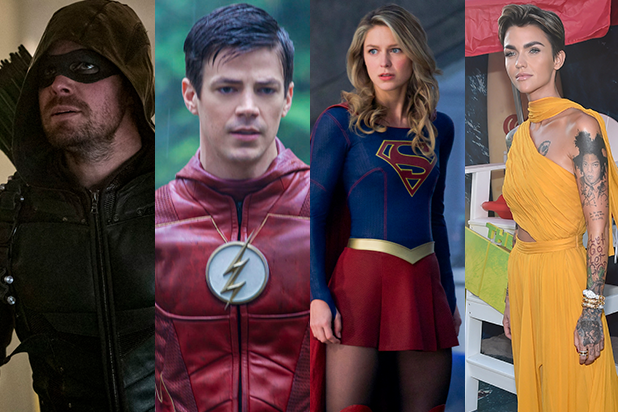 The crossover will serve as the introduction of Ruby Rose’s out Batwoman — who is teased in the crossover’s promo poster, which you can see below.

The CW announced the Batwoman project last month, which if ordered to series, would be the sixth different live-action TV show on the network based on characters from the DC vault. In addition to the three shows participating in the crossover this year are “DC Legends of Tomorrow” and “Black Lightning.”

Caroline Dries (“The Vampire Diaries”) will pen the “Batwoman” script and executive produce alongside Greg Berlanti, Sarah Schechter and Geoff Johns, who is producing under his new Mad Ghost Productions banner. The Batwoman series hails from Berlanti Productions in association with Warner Bros. Television.