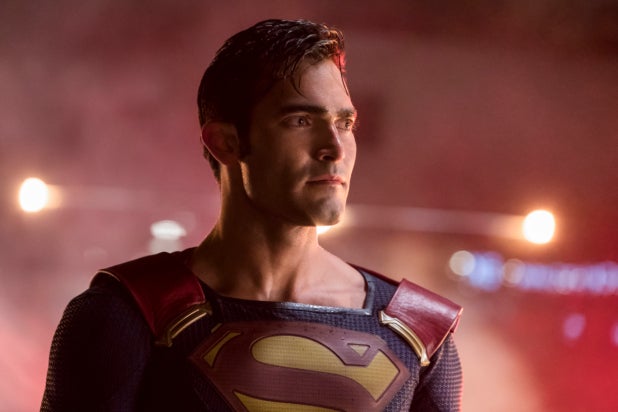 Batwoman won’t be the only major female character from DC Comics’ vault that The CW will introduce this year.

“We couldn’t be more excited to introduce Lois Lane to the Arrowverse,” said “Supergirl” Executive Producers Jessica Queller and Robert Rovner in a statement provided to TheWrao. “This dogged, determined and brave reporter will make for a strong partner to Superman and amazing addition to our universe of DC characters.”

Tyler Hoechlin will also reprise his role as Superman for all three episodes of the three-night event, which begins Dec. 9. Hoechlin’s Superman, the cousin of Melissa Benoit’s Supergirl, appeared in a few episodes during “Supergirl’s” second season. This will be the first time that The CW’s version of The Man of Steel will share the screen with his “Arrowverse” counterparts The Flash and Arrow. And unlike their big screen brethren, we’re pretty sure Hoechlin won’t have to have a mustache CGI’d out.

The crossover will serve as the introduction of Ruby Rose’s out Batwoman — who is teased in the crossover’s promo poster, which you can see below.

So while The CW appears to be emptying its DC Comics toy-chest this year, the closest fans will get to seeing Batman is the pre-Caped Crusader version on Fox’s “Gotham.”