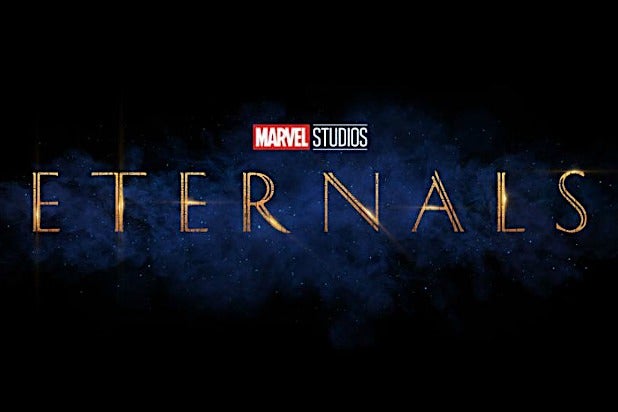 The clip, which Feige said contained “raw footage pulled out of camera,” begins with a shot of Richard Madden’s Ikaris walking into the frame. This was followed by a group shot of the entire team, then a close up on Gemma Chan’s Sersi, and a fade in on the film’s logo. Another shot of the cast in their costumes came next, then in succession a shot of Angelina Jolie’s Thena, Salma Hayek’s Ajax on horseback, Kumail Nanjiani’s Kingo dancing,’ Thena kicking ass, and finally, dialogue by Hayek: “These people have changed all of us. We must protect them.”

After the “Eternals” footage, Feige briefly discussed Marvel’s upcoming “Black Widow” movie, accompanied by an extended look at a couple of scenes featured in the recent trailer.

Also Read: 'Birds of Prey': Black Mask Revealed While Harley Quinn Breaks Things (and Up With Joker) in New Footage

And then, having used only half of his allotted time, and having only otherwise talked up the launch of Disney+ in Brazil next year, Feige abruptly ended the panel without any new announcements.

In the comics, The Eternals are a race of ancient humans with fantastic powers and very long lives. Among their ranks are beings who would later be worshipped as gods or regarded as legendary heroes. Alongside Madden, Jolie, Kayek, Nanjiani and Chan, “Eternals” stars Kit Harington, Lauren Ridloff, Brian Tyree Henry, Lia McHugh, Don Lee and Barry Keoghan. Directed by Chloe Zhao (“The Rider”), it’s written by Matthew and Ryan Firpo (“Ruin”) and produced by Feige.