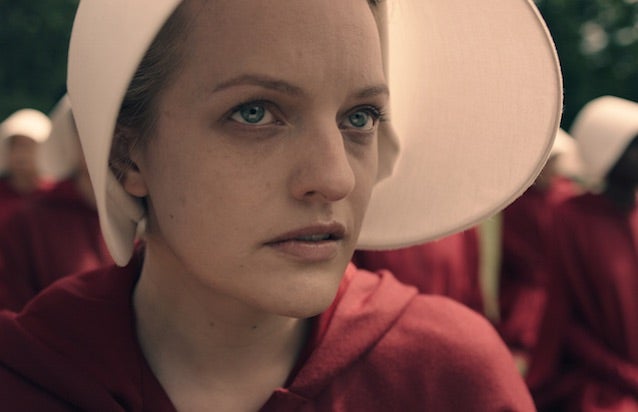 Though the first season of “The Handmaid’s Tale” ended with a terrifying cliffhanger leaving us wondering about the fate of Elisabeth Moss’ pregnant Offred as she was carted away in a Gilead-controlled van — we’re pretty sure she’s gonna be alright in Season 2. Well, she’s definitely alive, if not caked with blood (see below).

Based on first look pictures from the second season Offred has taken off her handmaid’s attire and might actually be living free. But freedom comes with a price and that price seems to be violence.

Season 2 is going to need to go off book (with the first covering most of Margaret Atwood’s acclaimed 1985 novel). Atwood is consulting with showrunner Bruce Miller, who revealed to EW that the upcoming season will explore the lives of the refugees from Gilead, like Samira Wiley’s Moira, and those who have been banished to the polluted and contaminated Colonies.

See the first look at Moss’ character below and more pictures from Season 2 of “The Handmaid’s Tale” at EW.com.

“The Handmaid’s Tale” season 2 will debut on Hulu in April. 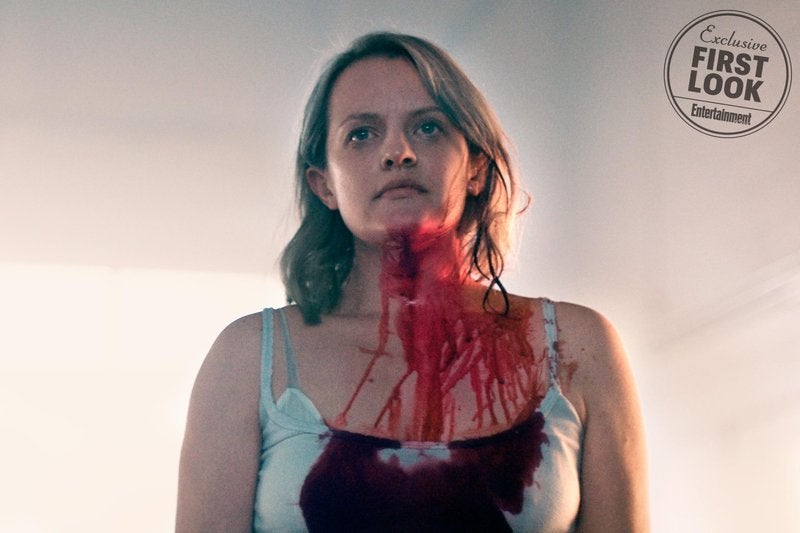