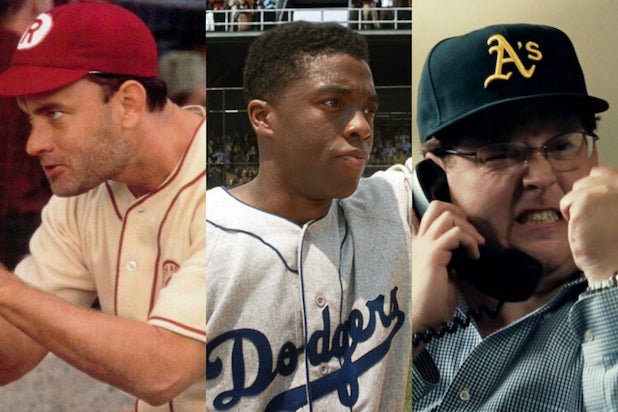 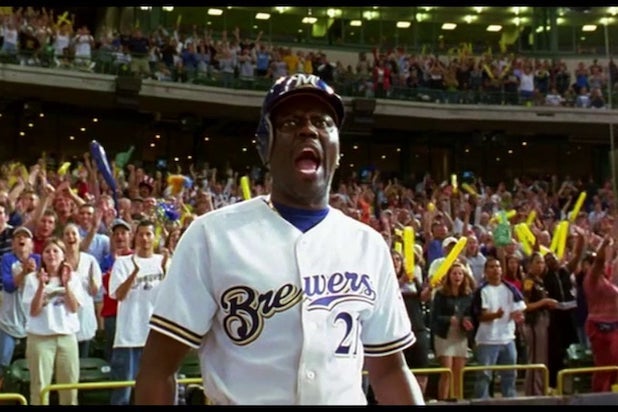 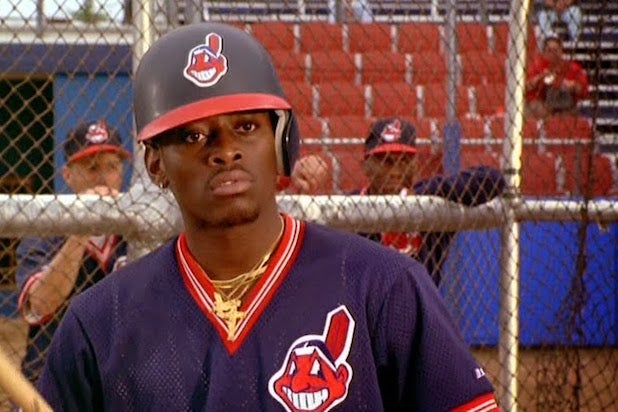 Warner Bros.
19. "Major League II" - $30.6 million  Charlie Sheen, Corbin Bernsen and Tom Berenger all came back for the sequel to "Major League," but Wesley Snipes had become a bigger star, and his role of Willie Mays Hayes was taken over by Omar Epps. 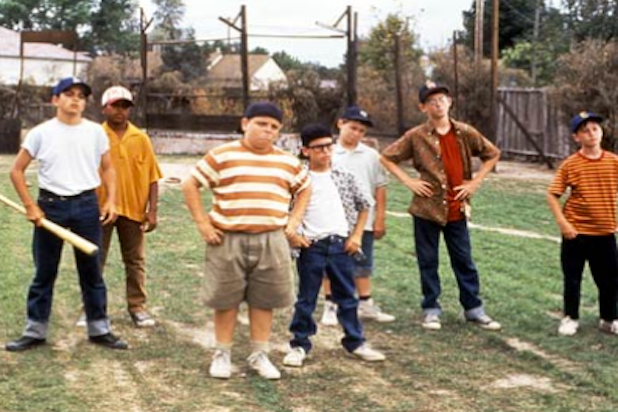 Twentieth Century Fox
18. "The Sandlot" - $32.4 million  "The Sandlot" performed modestly at the box office in 1993, but it found a second life as a cult film on VHS and on DVD a decade after its release. 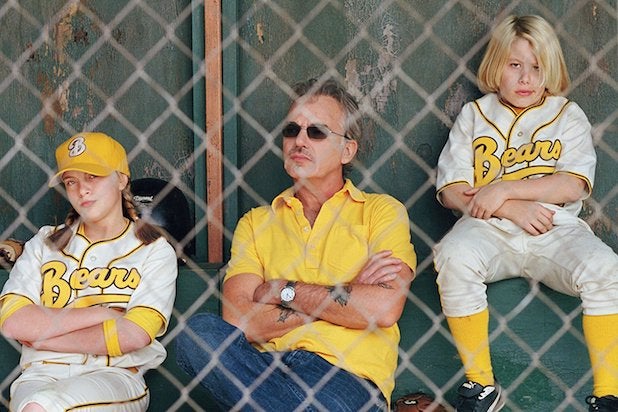 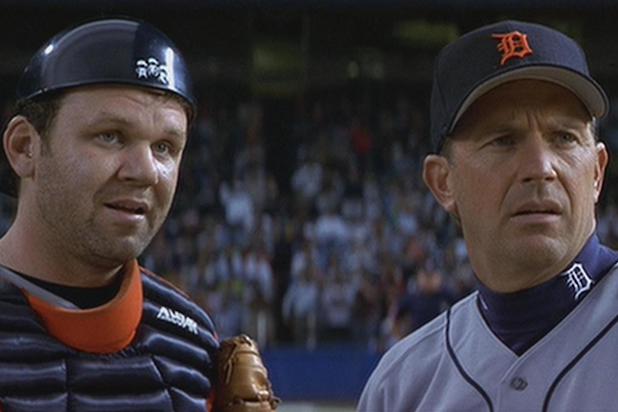 Universal
16. "For Love of the Game" - $35.1 million  Kevin Costner shows up quite a bit on this list. Sam Raimi directs Costner as a washed up pitcher reflecting on his career in baseball. 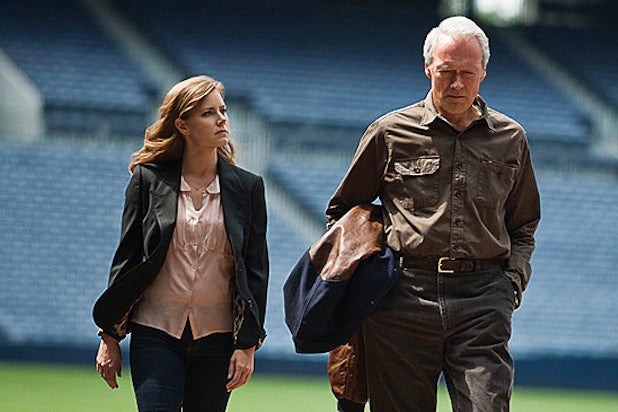 Warner Bros.
15. "Trouble With the Curve" - $35.7 million  Clint Eastwood and Amy Adams play a father and daughter trying to patch up their relationship during Eastwood's final season as a baseball scout. 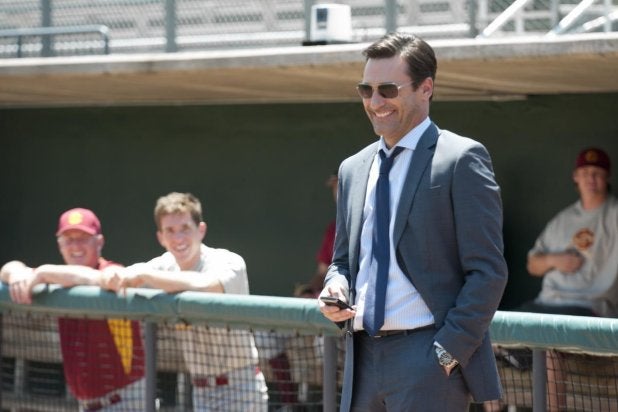 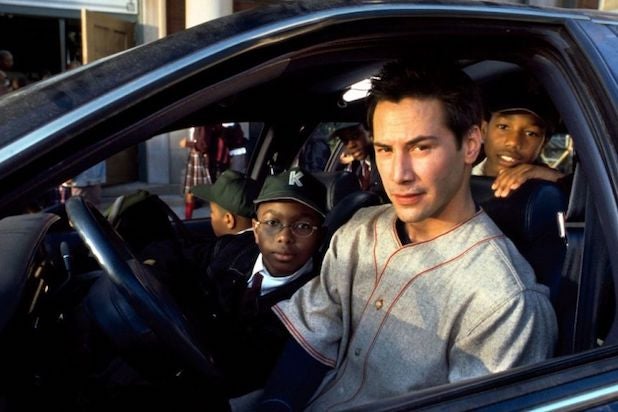 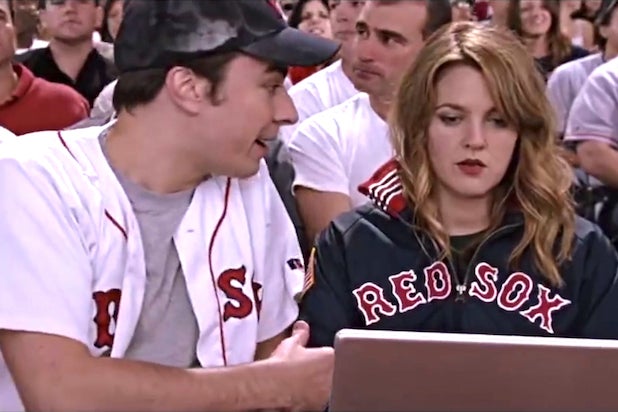 Twentieth Century Fox
12. "Fever Pitch" - $42 million  Jimmy Fallon and Drew Barrymore make for one of the more charming rom-com couples of late. But even more special about "Fever Pitch" is that it arrived in the year the Red Sox finally won the World Series. 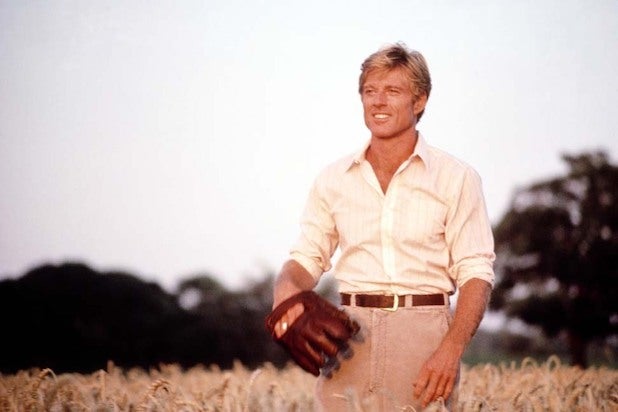 TriStar
11. "The Natural" - $47 million  Robert Redford, Robert Duvall and Glenn Close star in Barry Levinson's inspiring classic that has been fodder for countless homages and parodies. 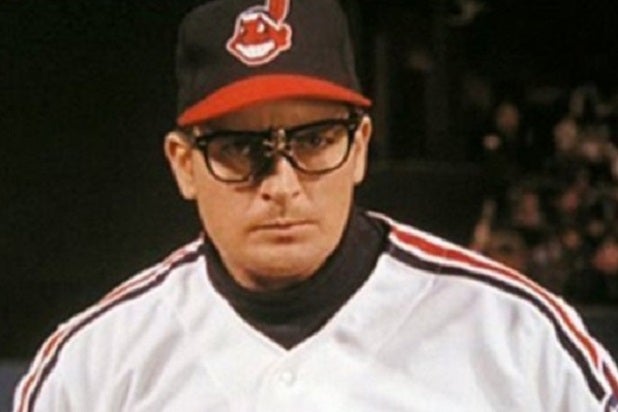 Paramount
10. "Major League" - $49.7 million  "Juuuust a bit outside!" The University of Arizona baseball team did their own version of the famous scene from this film where the players all arrive to spring training. 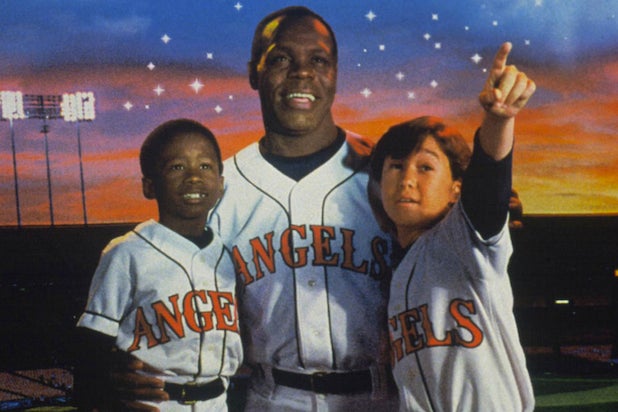 Buena Vista
9. "Angels in the Outfield" (1994) - $50.2 million  You've got to believe! A young Joseph Gordon-Levitt stars in this cute Disney movie about a baseball miracle. 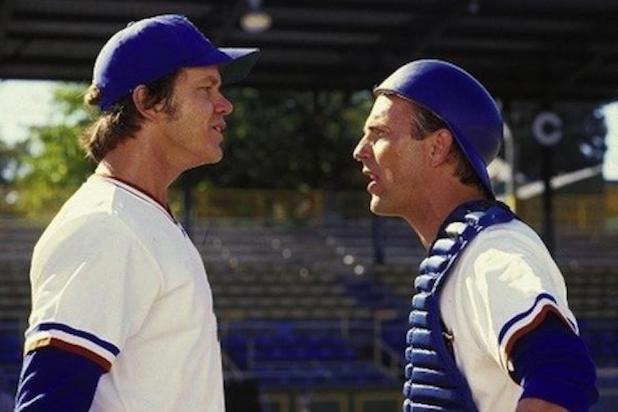 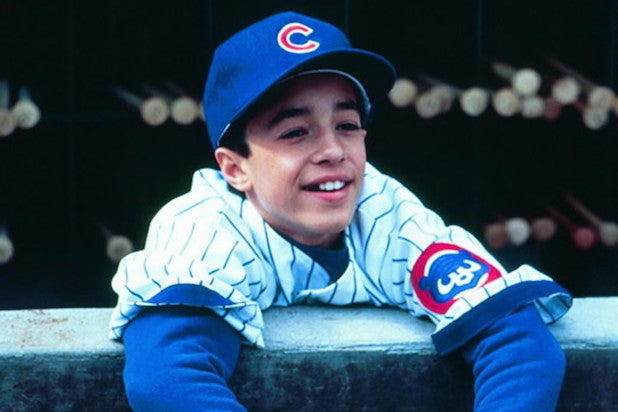 Fox
7. "Rookie of the Year" - $53.6 million  Back when the Chicago Cubs were still lovable losers, it made sense that they might take a flyer on a miraculous young kid as depicted in Daniel Stern's family comedy. 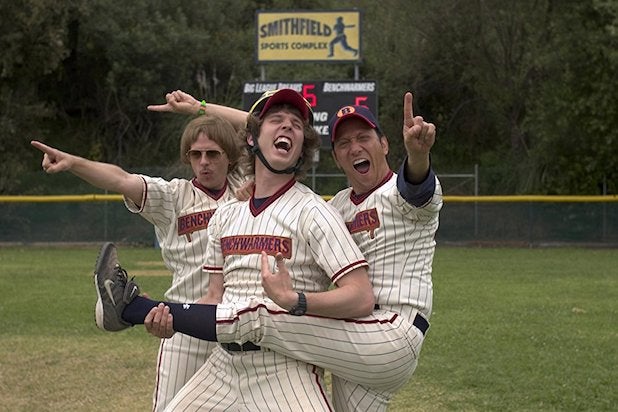 Sony/Columbia
6. "The Benchwarmers" - 59.8 million  "The Benchwarmers," starring Jon Heder, David Spade and Rob Schneider, was a hit with audiences, but much less so with critics, earning only a 25 on Metacritic. 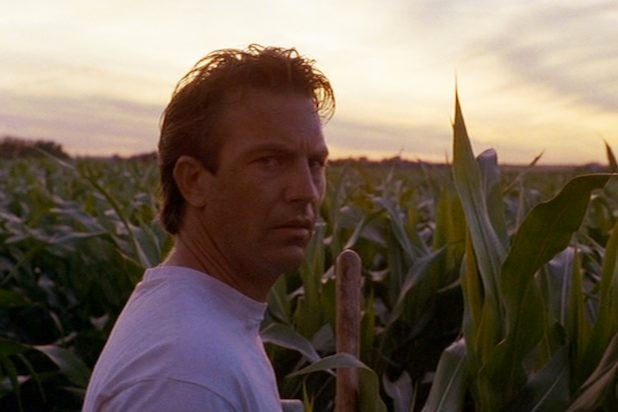 Universal
5. "Field of Dreams" - $64.3 million  Even more Kevin Costner. This weepy classic went on to earn three Oscar nominations and might be the best baseball movie ever. 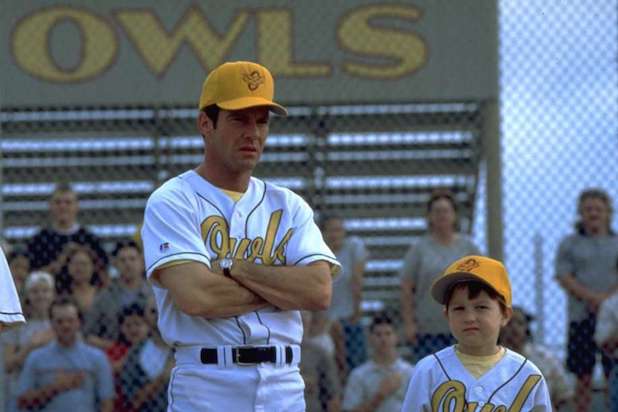 Disney
4. "The Rookie" (2002) - $75.6 million  Dennis Quaid stars in this inspiring true story of Jim Morris, who discovered well past his prime that he could throw some real heat and ended up making a major league team. 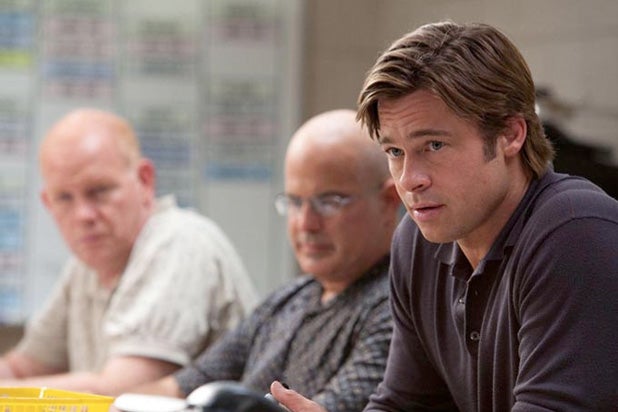 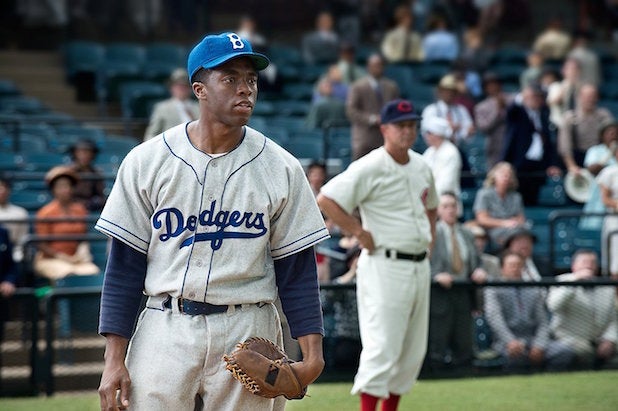 Warner Bros.
2. "42" - $95 million  Before he became Black Panther, Chadwick Boseman starred as Dodgers great Jackie Robinson in the biopic on his life, "42." 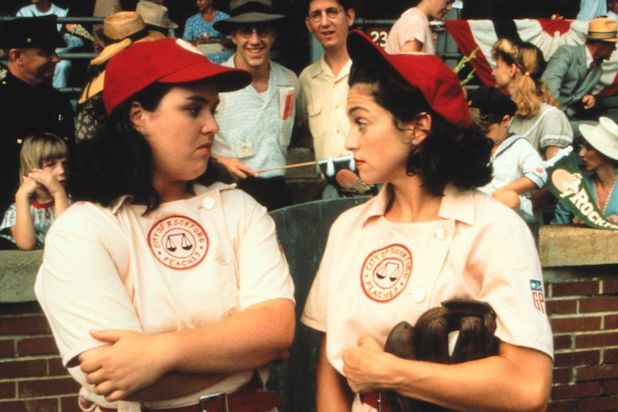 Sony
1. "A League of Their Own" - $107.5 million  "There's no crying in baseball!" Penny Marshall's hilarious story of the first female professional baseball league is the only movie to crack the $100 million mark.
The essential source
for entertainment insiders