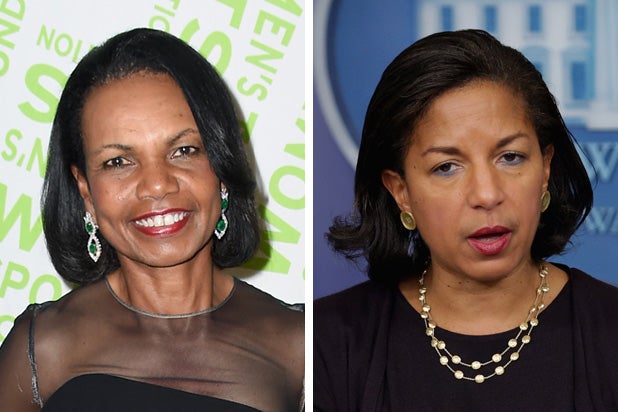 The Hill came in for some mockery on Monday for a piece about former National Security adviser Susan Rice, which — briefly — used an image of former Secretary of State Condoleezza Rice.

The post was swiftly corrected with the right image, but not before eagle-eyed Twitter users could record it for posterity.

The piece, by Emily Birnbaum, was an otherwise ordinary post documenting how Rice had been “moved” by enthusiasm about a possible Senate run in Maine. The prospect took on renewed life last week after the Republican incumbent Susan Collins cast a pivotal vote in favor of Judge Brett Kavanaugh for confirmation to the United States Supreme Court.

“We mistakenly posted an incorrect photograph and had it taken down quickly,” a rep for The Hill told TheWrap in a terse statement. Comment was also provided from Twitter users who used the snafu to liven up a slow news day.

Oh dear. Well, at least it wasn’t a photo of Patti LaBelle. https://t.co/p2abq2Jcd0

Damn, y'all. For real?? @thehill pic.twitter.com/lnyFdApAf0