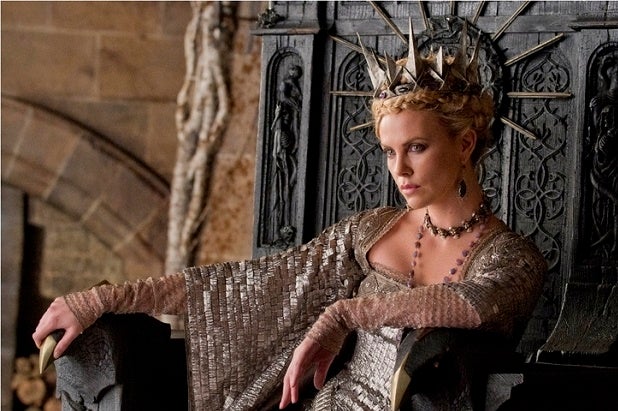 “The Huntsman” will be released on Friday, April 22, of 2016, and the opening of “The Mummy” is moving from that date to Friday, June 24, 2016, Universal Pictures said Thursday.

“The Huntsman” is a followup and prequel to 2012’s “Snow White and the Huntsman.”  Chris Hemsworth and Charlize Theron return to their roles in “Huntsman,” which follows the duo’s characters before they met Snow White.

It will be directed by Frank Darabont (“The Green Mile”), who wrote the current draft of the screenplay. Joe Roth (“Maleficent”) returns to produce. The original, which was directed by Rupert Sanders and co-starred Kristen Stewart, took in $155 million domestically and nearly $400 million worldwide for Universal.

Also read: ‘Guardians of the Galaxy’ Heads Into Box-Office Battle Having Already Won the War

At this point, “The Huntsman’ has the date to itself. Universal’s “The Best Man Wedding” is scheduled to open the week before.

It’s the only movie currently set to open on that weekend, though “How To Train Your Dragon 3” will open one week earlier.