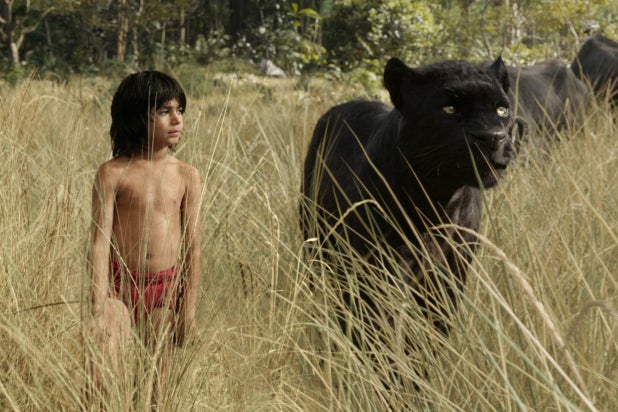 Minutes after news broke Sunday that “The Jungle Book” dramatically leaped past first-weekend estimates, box office watchers were predicting the Disney live-action remake would easily hold the No. 1 position in its second week — even against the opening of Universal’s live-action sequel “Huntsman: Winter’s War.”

Now that the dust has settled on Disney’s latest monstrous debut, something even more dramatic is becoming clear: Jon Favreau‘s “The Jungle Book” could earn more than $1 billion worldwide when all is said and done.

“This ‘Jungle’ is totally poised to rumble to $1 billion,” ComScore analyst Paul Dergarabedian told TheWrap. “It has long term play-ability and real shot at reaching this lofty milestone.”

The film, which has earned rave reviews and an “A” from CinemaScore, beat first-weekend expectations by roughly $30 million to earn $103.6 million domestically — and the international numbers were just as promising, netting $187.4  million.

So far, the film has garnered a massive $291 million worldwide — a big push toward the billion-dollar mark.

As of now, 24 films have surpassed $1 billion at the box office, with Disney’s “Zootopia” quickly closing in on the marker after earning $883.7 million to date worldwide. (That’s an impressive feat given the fact that the animated feature is not a sequel, nor based on a popular book, and does not involve any superheroes).

The billion-dollar movie club is not nearly as exclusive as it used to be, and with “Star Wars: The Force Awakens” bringing in $2 billion, box office billions are becoming more commonplace — especially with more “Star Wars” movies, superhero franchises and remakes slated through 2023. (Yes, “Avatar 5,” we’re talking about you!)

But “Book” notably outperformed estimates, and is barreling toward an impressive second weekend. “Frozen” only earned $198.1 million worldwide by week three — but it had a more staggered international rollout.

“The Jungle Book” also has something else in its favor: lack of competition from other family films in North America. “It has nearly a full month to roam multiplexes as the only bona fide family blockbuster in theaters,” Jeff Bock of Exhibitor Relations told TheWrap. “You can be sure it’ll make make a run at a billion.”

Even the release of “Captain America: Civil War” on May 6 shouldn’t slow the “Jungle Book” juggernaut. “There is more than enough room for those two cinematic stablemates,” Bock said.

Given that Disney’s live-action, CGI-heavy sequel based on Rudyard Kipling’s tales keeps its better-than-expected momentum up this coming weekend, joining the coveted billion-dollar club is within reach.