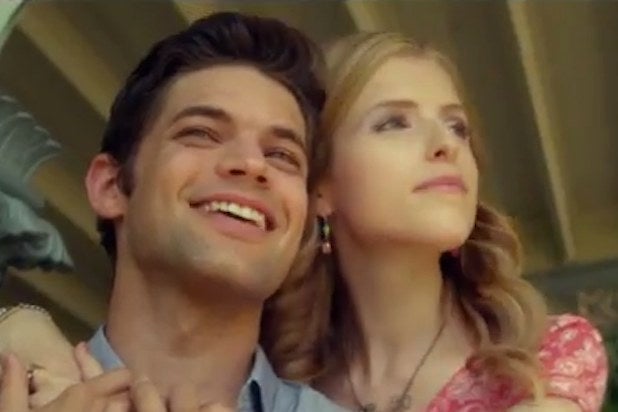 Anna Kendrick sings about “The Last Five Years” with “Smash” star Jeremy Jordan in the first trailer for the big screen adaptation of an off-Broadway musical of the same name.

The Feb. 13 TWC-Radius release is a non-linear story that follows the phases of a young couple’s doomed relationship.

Fans of the source material will recognize songs including “Still Hurting,” “Moving Too Fast” and “A Summer in Ohio” that are briefly featured in the preview.

Kendrick, also the star of the “Pitch Perfect” movies and Disney’s “Into the Woods” previously told TheWrap that “The Last Five Years” would likely be her last musical.

“I never want to sing again, honestly. It’s hard as f-ck,” she said. “‘The ‘Pitch Perfect’ [sequel] is going to be fine — 10 girls have to be able to sing the songs so it’s going to be fine — but doing ‘The Last Five Years’ and then ‘Into the Woods’ straight away, I was like, I don’t want to have to think about my voice so much. I want to be able to drink beer whenever I want.”