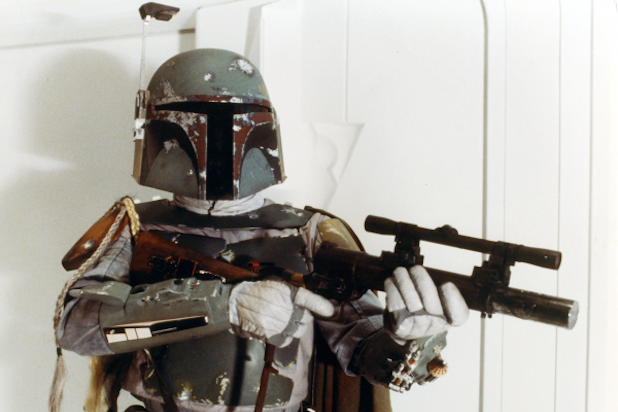 Temuera Morrison is returning to a Galaxy Far, Far Away. The “Attack of the Clones” actor will play fan favorite bounty hunter Boba Fett in the second season of the “Star Wars” Disney+ show “The Mandalorian,” an individual with knowledge of the project tells TheWrap.

Introduced in an animated short during the “Star Wars Holiday Special” before his live action debut in 1980’s “Star Wars: The Empire Strikes Back,” Boba Fett was the feared bounty hunter who captures Han Solo and brings him to powerful gangster Jabba the Hutt.  He returns in 1983’s “Return of the Jedi” where he appears to be killed during the battle to rescue Solo after being knocked into the mouth of a ravenous monster called the Sarlaac.

In the original “Star Wars” expanded universe of novels, games and comic books, Fett survived his apparent death and continued his bounty hunting career. However, the old expanded universe was removed from the franchise’s canon after Disney purchased Lucasfilm and his fate was once again left to the imagination. Presumably his appearance in “The Mandalorian” will come with an explanation of how he managed to avoid being “slowly digested over a thousand years.”

Morrison previously played bounty hunter’s father, Jango Fett, in 2002’s “Star Wars: Attack of the Clones,” and in the most recent version of the “Empire Strikes Back” special edition his voice was dubbed over original Boba Fett actor Jeremy Bulloch

In the fifth episode of the “The Mandalorian’s” first season, a mystery character appeared which was believed to be Boba Fett. So in the episode, the Mandalorian (Pedro Pascal) meets another bounty hunter named Toro (Jake Cannavale) on Tatooine, and decides to help him with a target: the assassin Fennec Shand (Ming-Na Wen). Things get messy, and both Fennec and Toro are dead by the end of the episode. But Fennec’s death may have bigger ramifications for the Mando, as the episode ends with a mysterious figure approaching her corpse and kneeling next to it.

Also Read: 'The Mandalorian': What Character Was That at the End of Episode 5?

Morrison most recently appeared in 2018’s “Aquaman” as Tom Curry, the father to Arthur Curry played by Jason Momoa. Additionally, Morrison had a role in 2019’s’s “Dora and the Lost City of God.” Morrison has voiced both Jango and Boba Fett, as well as other characters, in various “Star Wars” video games.