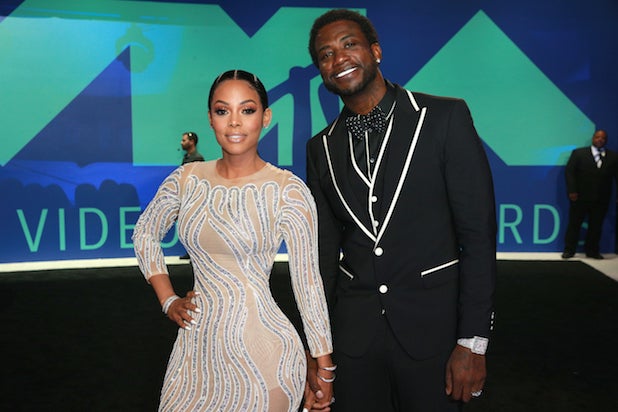 The much anticipated royal wedding day of the year has finally arrived only to be ruined by BET — by royal wedding, we mean Gucci Mane and Keyshia Ka’oir’s nuptials of course.

The wedding, titled “Gucci Mane and Keyshia Ka’oir: The Mane Event,” was going to be broadcast on BET for the world to see and experience so we could pretend we were right there celebrating with the Wopsters. Well, the ceremony sure was broadcast, but many people on Twitter were upset that they weren’t getting the experience they had anticipated.

Apparently, it all started to go wrong when the hosts of the event, Karrueche Tran and Kendall Kyndall were described as awkward.

“Ima need Karreuche and Kendall to make this not look like this is one of their first gigs,” commented one viewer.

Ima need Karreuche and Kendall to make this not look like this is one of their first gigs ???? #TheManeEvent

Another viewer indicated that the hosts were putting her to sleep.

Some people weren’t even worried about the hosts, they were just annoyed at all the commercial breaks.

“Why have commercials it’s a wedding not a damn tv show,” asked one Twitter user.

Why have commercials it’s a wedding not a damn tv show #TheManeEvent pic.twitter.com/y9qHcVMp5o

Others were just completely done with how the network handled the royal wedding.

“BET is not allowed to host anyone else’s wedding okay?” proclaimed another Tweeter.

BET is not allowed to host anyone else's wedding okay? #TheManeEvent pic.twitter.com/k7qRsLwBJg

It’s OK though, “The Mane Event” is a 10-part special, so the network has nine more chances to make it up to Twitter.

Lord Karrueche is so cute but her as a Teleprompter reading host and interviewer #TheWopsters #TheManeEvent pic.twitter.com/2vP36KiDCh

I really sat here and hyped myself up for this wedding and this is what is being delivered to me….really BET….#TheManeEvent pic.twitter.com/PxPdpiWZBf

I just wanna see the wedding before I go to sleep. We don’t need all these interviews!! #TheManeEvent pic.twitter.com/J0QCKfSrBJ