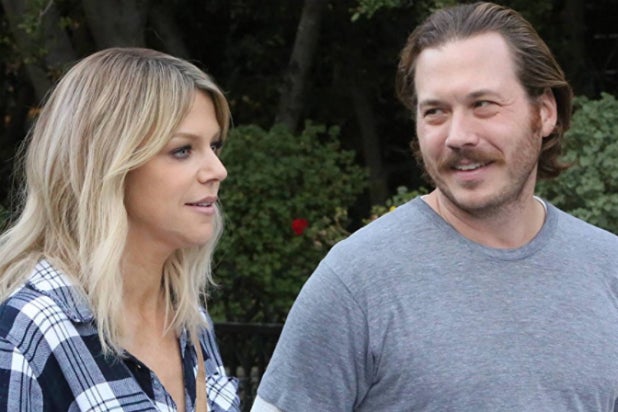 'The Mick' on Fox

Not drunk? Sorry to hear that — but we can help! Or at least, “The Mick” star Scott MacArthur can.

Any readers who missed Fox’s freshman sitcom last season should really catch up — just don’t try to keep up with the gang’s alcohol intake. Anyone who has even seen one promo for “The Mick” has probably deduced that adult stars MacArthur, Kaitlin Olsen and Carla Jimenez spend a lot of time filming drinking and drunk scenes. Well, we asked the lone man of the burnt-down mansion how we too could master one of acting’s most deceivingly difficult techniques.

Below are his seven tips to appear tipsy on TV without having to drink a drop.

It’s all incremental
“You try to play it real, and then you dial it up or dial it down.”

Series creators the Chernin brothers are huge helps with that, MacArthur told us. You know, supposing they created your hit sitcom too.

Get by with a little help from your friends
“I try to take a lot of cues from Kaitlin, and I ask her a lot about that stuff because I think she’s one of the best at just physical comedy,” MacArthur said, referring to the “It’s Always Sunny in Philadelphia” alum. “They just have so much experience with ‘Sunny’ for 12 years, and obviously being set at the bar, and those characters.”

Dr. Scholl’s got nothing on these
“There’s tricks, you can put things in your shoes,” MacArthur said of some actual aids.

We’re sure you can find something on Amazon if your own network TV show’s wardrobe department is lacking.

Reverse psychology
“The best way to act drunk is to try not to be drunk,” he said. “For instance, if you go out and have a bunch of drinks and then you go home tonight to your parents or your partner, your kids or something, you generally try and be like, ‘OK, I’m gonna pretend I didn’t have eight beers.’ And then you walk in, and it’s very clear to everybody that you did, but you’re actually trying to pretend that you didn’t. So, there’s all that stuff.”

Practice makes perfect
“I go in my garage and drink 10 beers and I’m like, ‘How did this feel?” MacArthur said. “Well, let me drink an 11th and really figure it out. Well, maybe 12 will really help me.”

To be fair, we really set him up for that one.

Study film
MacArthur’s two favorite drunk movie scenes? Steve Buscemi giving a toast that is so clearly about his dad in “The Wedding Singer,” and Josh Brolin’s character at the Christmas Party in “Milk,” telling Sean Penn how he really feels.

“That one was profound,” MacArthur said. “That was the best drunk I’ve ever seen.”

Sorry Steve, not you.

Don’t collude with Russians
MacArthur studied acting in Russia, where a local friend advised him that the best way to act drunk is to actually get drunk the night before, and then just show up to set. Of course, that doesn’t quite work when shooting a ton of different kinds of scenes for a sitcom.

“The Russians are … different,” MacArthur summed it up for us. Sure are.

“The Mick” returns for its Season 2 premiere Tuesday at 9/8c on Fox.