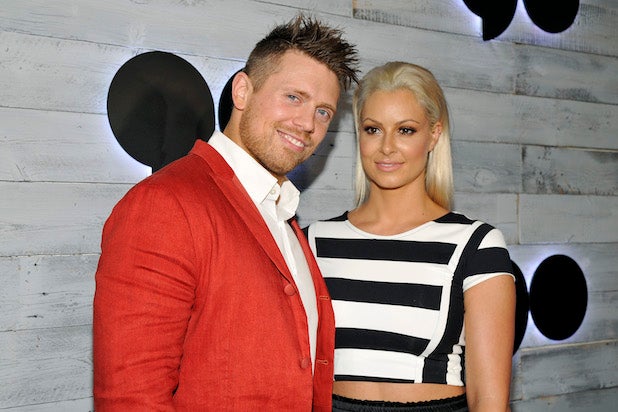 WWE’s “Hollywood It Couple” The Miz and Maryse are now a couple of Austin, Texas, residents. And Tinseltown, your tourism industry is at least partly to blame for L.A. now having two fewer “A-listers.”

“Our house in Los Angeles — people knew where we lived,” WWE Superstar The Miz told TheWrap. “We were a stop at — you know those [tourist] places ‘See Stars Homes’? They’d be driving past us taking pictures of our house everyday.”

Considering Miz and Maryse star on a nationally televised live TV show, criminals could easily gauge when the two were away. “It was a safety concern, more or less,” Miz said, adding that there “were attempted break-ins all the time.”

Good call getting out of there, though Austin actually wasn’t their first choice. Miz (real name Mike Mizanin) and Maryse (her real name) almost chose Las Vegas instead. After all, Sin City is close to Los Angeles and Nevada is a tax-free state — both of which are alluring to entertainers.

Instead, Austin won their hearts. They immediately found a home they love in a city that’s good for travel, is family oriented, safe and “really clean, really fun,” per Maryse. That’s especially important to the Montreal native, as she will be home (relatively) alone a lot with their three-month-old daughter and her own mom.

While we’re on the subject of the “Total Divas” star and former Divas Champion, who actually just became an American citizen like two weeks ago, Maryse doesn’t yet know if she’ll be back in the ring (or causing trouble around the apron) anytime soon. She wants to do the mom thing for a while, before all the best stuff blows right by her.

So Austin, get used to the “Real World” alum and his Playmate wife — but Hollywood isn’t getting rid of Miz that easily.

Though the Mizanins no longer reside there, The Miz will still use La-La Land as his place of origin for WWE ring announcements and his bio.

“No, I’m definitely still from Hollywood, California in the ring,” the “Marine 3” through “Marine 6” star said. “My mind is always in Hollywood.”

Check back with TheWrap soon for more from our interview with Mike and Maryse, covering both the wrestling business and more about their new reality show.