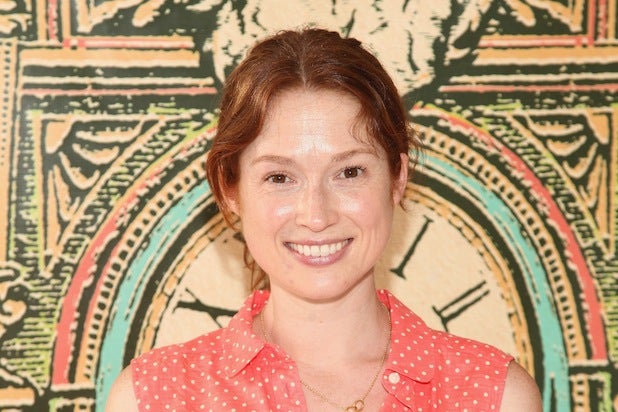 Ellie Kemper, who played Erin on “The Office” and co-starred in “Bridesmaids,” has joined the cast of Sony’s comedy “Sex Tape,” the studio announced Friday.

Jason Segel and Cameron Diaz star as young parents who take advantage of a rare night to themselves and decide to spice up their marriage by making a sex tape. But after their private footage is accidentally synched to a handful of other devices (including her mother’s and the mailman’s) they embark on a raucous quest to retrieve them.

Jake Kasdan is directing from an original screenplay by Kate Angelo, with revisions by Segel, Kasdan and Nicholas Stoller.

Todd Black, Jason Blumenthal and Steve Tisch are producing for Escape Artists, while Kasdan and Segel will executive produce with David Householter and David Bloomfield.

Kemper, who currently has a recurring role on Fox’s “The Mindy Project,” will soon be seen alongside Keira Knightley in Lynn Shelton’s indie movie “Laggies.” She has also appeared in Sony’s “21 Jump Street” and Universal’s “Identity Thief.”