Looks like it’s time for Pete Parada to get a (new) job, because he is no longer the drummer for The Offspring. His departure is the result of his refusal to get the COVID vaccine, based upon his medical history and the advice of his doctor.

The 48-year-old musician announced the news on his Instagram, beginning a lengthy post by apologizing to his close friends and family, who he had not told beforehand because “I don’t know how to have this conversation multiple times.” Parada then went on to explain exactly why he isn’t getting the vaccine.

“Given my personal medical history and the side-effect [sic] profile of these jabs, my doctor has advised me not to get a shot at this time. I caught the virus over a year ago, it was mild for me – so I am confident I’d be able to handle it again, but I’m not so certain I’d survive another post-vaccination round of Guillain-Barre Syndrome, which dates back to my childhood and has evolved to be progressively worse over my lifetime.” 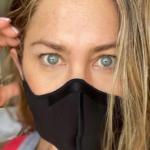 Guillain-Barre syndrome is a rare disorder where the body’s immune system attacks its nerves. There is no known cure for it.

“Since I am unable to comply with what is increasingly becoming an industry mandate – it has recently been decided that I am unsafe to be around, in the studio, and on tour,” Parada continued. “I mention this because you won’t be seeing me at these upcoming shows. I also want to share my story so that anyone else experiencing the agony and isolation of getting left behind right now – knows they’re not entirely alone.”

Parada added that he bears no ill will toward his fellow bandmates, and knows that everyone involved is doing what is best for their own personal situations. The drummer also teased that he still has new music coming, just with his daughter instead of The Offspring.

“I deeply appreciate your understanding and support as my family and I find a new way forward,” he wrote.

You can read Parada’s full statement here and below.