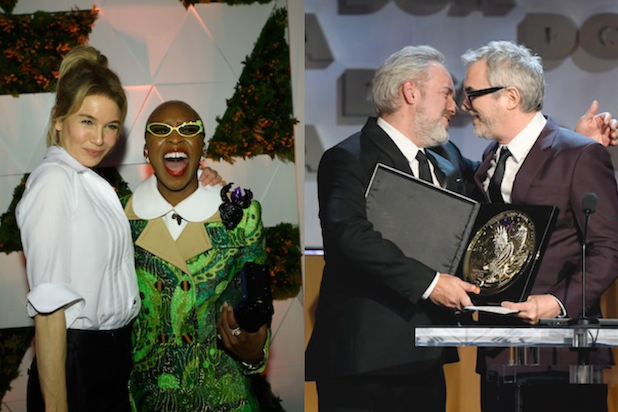 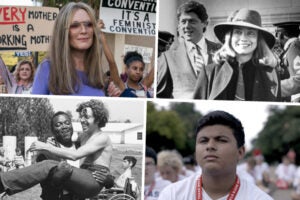 Renee Zellweger and Cynthia Erivo at the Nominees Luncheon (AMPAS); Sam Mendes and Alfonso Cuaron at the DGA Awards (Getty)

The Oscars Homestretch: ‘1917’ Is on Top as Voting Begins

The race is uncertain, and the contenders are exhausted

It’s still January, but it’s almost time to bring this circus to an end. Oscar voting begins on Thursday and ends only five days later, next Tuesday. Only 11 of the 41 official Academy members’ screenings remain in Los Angeles, and only three short-film screenings remain in New York.

The Nominees Luncheon has already happened; the indie contingent is back from Sundance; and three of the four major Hollywood guilds — the Screen Actors Guild, the Producers Guild and the Directors Guild — have handed out their awards.

In the last week, we’ve learned a few more things as we head into the lightning round of voting. For instance:

In the 30 years that both groups have been giving out awards, they’ve honored the same film 22 times, and 17 of those have gone on to win the Oscar for Best Picture. (The five that didn’t: “Apollo 13,” “Saving Private Ryan,” “Brokeback Mountain,” “La La Land” and “Gravity,” though that last film tied with Oscar winner “12 Years a Slave” at the DGA.)

More to the point: In the 10 years since the Academy and the Producers Guild both moved to 10 nominees and to the preferential system of counting votes, the PGA and DGA have agreed seven times (eight if you count the “Gravity”/”12 Years” tie) and correctly predicted the Oscar winner six of those times.

Throw in the Golden Globe Award for drama film, and the statistics get even more formidable. And if “1917” wins the British Academy Film Award (BAFTA) on Sunday, as it most likely will, all the stats will point to an Oscar win.

And yet the race doesn’t really feel solid.

Despite the stats, though, this has been an unsettled year. And fans of Bong Joon Ho’s “Parasite” can point to the example of five of the last seven years, when Best Picture and Best Director went to different films.

In every case, the bigger, more complicated movie won for director while the smaller, often actor-driven film won for picture. And while that kind of split would favor “1917” for director, it leaves an opening for “Parasite” for picture, particularly since that film won the SAG ensemble award.

I wrote about this last week, and about how the biggest obstacle in the way of “Parasite” is that it is a certain winner in the Best International Feature Film category, which is a way for voters to give it a kind of best-picture prize. Its chances would have looked better if Bong had prevailed at the DGA, but it can’t be written off even now.

Something funny is going on at the Annie Awards.

ASIFA-Hollywood, the organization that presents the Annie Awards, reworked its voting rules a few years ago when Disney stopped submitting its films and withdrew financial support after years in which DreamWorks Animation was curiously dominant (with, for instance, “Kung Fu Panda” winning 10 awards and “WALL-E” being shut out completely). At the time, it emerged that DWA paid for memberships for almost all of its employees, padding the voter rolls with loyalists.

DWA and Disney do not currently pay for ASIFA memberships for their employees, according to those aware of the company policies, but there’s a new kid in town in the animation game — Netflix. And Netflix films and television productions completely dominated the Annie Awards on Saturday night, with “Klaus” winning seven awards, “I Lost My Body” winning three and Netflix picking up the lion’s share of awards in the television categories, as well.

It felt like an old-style Annie Award party-line vote, which means that “Klaus” may not be the Oscar frontrunner that those results would otherwise suggest.

The last of the major Hollywood guilds, the Writers Guild of America, is handing out its awards on Saturday in simultaneous ceremonies in Los Angeles and New York. But the WGA occupies an odd position on the guild circuit because it restricts its awards to screenplays written under WGA contracts or those of related international guilds, which means some Oscar contenders (and nominees) are ineligible.

This year, that includes Quentin Tarantino’s “Once Upon a Time … in Hollywood,” which is one of the Oscar frontrunners in the Best Original Screenplay category. With that script out of the running, a win for “Parasite,” “1917” or “Marriage Story” won’t be nearly as significant in predicting the Oscars.

On the other hand, the top contenders in the Oscars’ Best Adapted Screenplay category — “The Irishman,” “Jojo Rabbit,” “Little Women” and “Joker” — are all on the WGA ballot. This race could be one to keep an eye on to determine if Greta Gerwig can keep up the winning streak she began last Saturday at the Scripter Awards.

We already knew this, but it was reinforced even more strongly after having to follow five simultaneous awards shows on Saturday night and after talking to people at the Oscar Nominees Luncheon on Monday: The shortened awards season has drained everybody as it hurtles toward the earliest-ever Feb. 9 Oscars.

Was that the reason for the disappointingly low turnout of actors at the luncheon? It was certainly a factor. Where the annual event usually assembles a full slate of five nominees from at least one of the four acting categories, this year it drew two of the five Best Actor and Best Supporting Actor nominees and three of the five in Best Actress and Best Supporting Actress. Of the 19 acting nominees (Scarlett Johansson took two slots), 10 of them made it to the lunch and nine did not, a fact that did not go unnoticed in the room.

So now we’ve got the Visual Effects Society Awards on Wednesday, the Writers Guild and the Art Directors Guild on Saturday, BAFTA (and the Super Bowl) on Sunday. And then, suddenly, it’ll be Oscar week. And yes, we’re all fried. 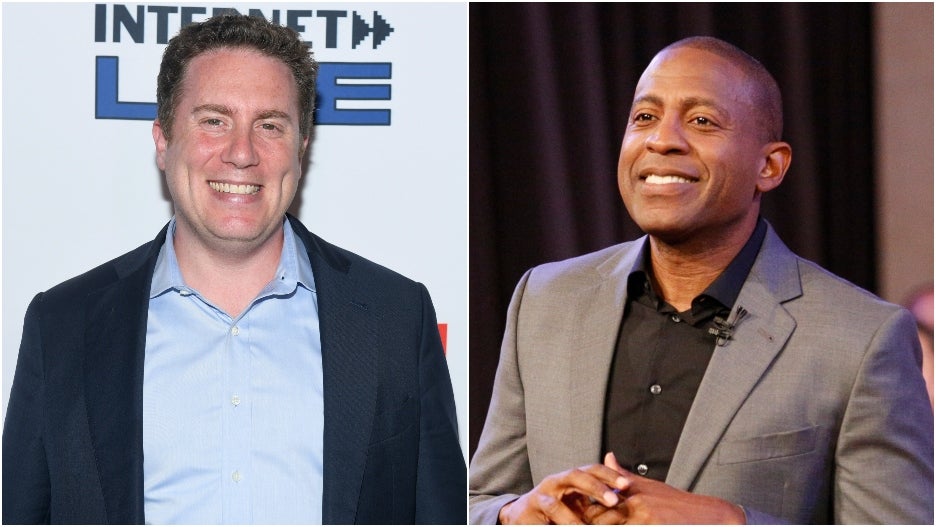 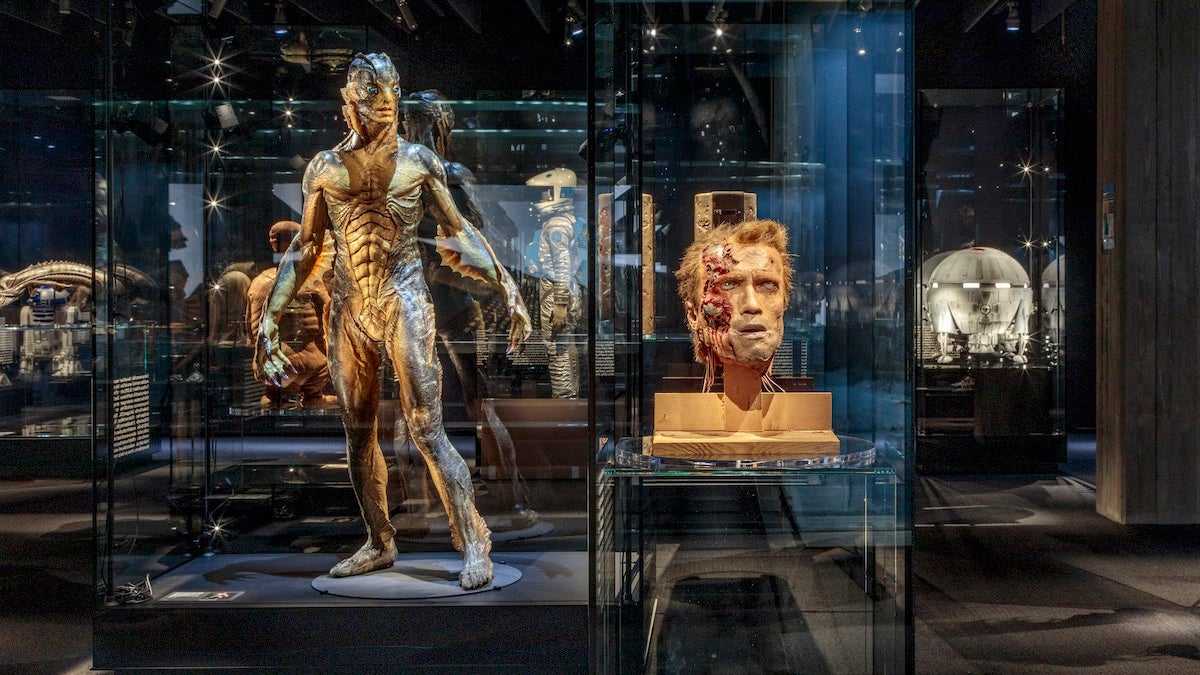 Look Inside the Academy Museum, From Rosebud and ‘ET’ to Studio Ghibli and ‘Midsommar’ (Photos)