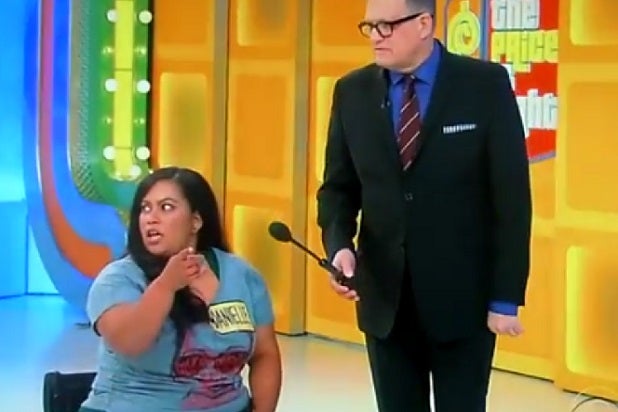 The price might have been right, but the prize? That’s another story…

Fans of the CBS game show “The Price Is Right” were treated to an awkward moment on Tuesday’s episode, when a wheelchair-bound contestant made a correct guess and was awarded a prize that doesn’t seem to be of much use to her: A treadmill.

The cringe-worthy exchange came during the show’s “One Right Price” segment. The game presents a contestant with two potential prizes, awarding both of them if the contestant correctly guesses which price goes with which prize.

See video: 'Price Is Right' Model Was 'Mortified' After Accidentally Giving Away $22,000 Car

The contestant, Danielle, had just won a spot on the stage by making the closest guess to the price of one prize, when she was presented with two more prizes: A sauna and a treadmill.

Danielle guessed that the $3,695 price tag belonged with the sauna, thus winning both prizes.

The internet was quick to respond — and not because Danielle had won the sauna.

“That awkward moment on the price is right where the girl in the wheelchair wins a treadmill,” one wag on Twitter chimed in.

Another member of the Twitterati ribbed, “So this lady on the price is right won a treadmill and something tells me she isn’t gonna use it much.”

In a statement, CBS and producers FremantleMedia noted that prizes for the show are determined in advance.

“Every member of ‘The Price Is Right’ studio audience has a chance to be selected to play,” the companies said. “Prizes are determined in advance of the show and are not decided based on the contestants.”