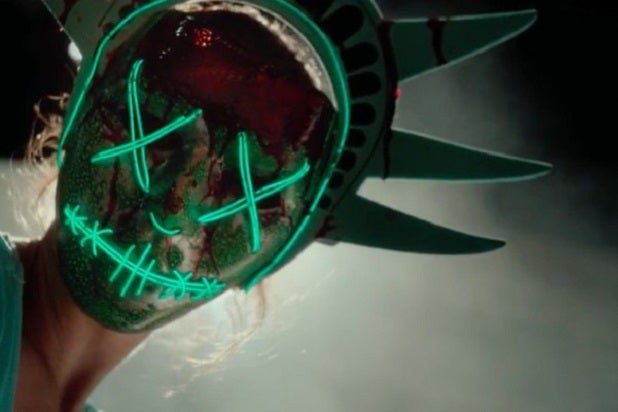 With the U.S. presidential campaign in full swing, Universal Pictures is cloaking the next chapter in its home invasion horror franchise “The Purge: Election Year” — a new title announced Wednesday with the first trailer — in red, white and blue ahead of its July 1 release.

The third installment in writer-director James DeMonaco’s series finds our hero Leo Barnes (Frank Grillo) serving as head of security for Senator Charlie Roan (Elizabeth Mitchell) and trying to protect her in a run for president and survive the annual ritual that targets the poor and innocent.

The first two “Purge” films have grossed more than $200 million at the worldwide box office.

By July, when Americans will still be looking at five more months of electioneering by the candidates, a night of sanctioned murder may seem pretty appealing.