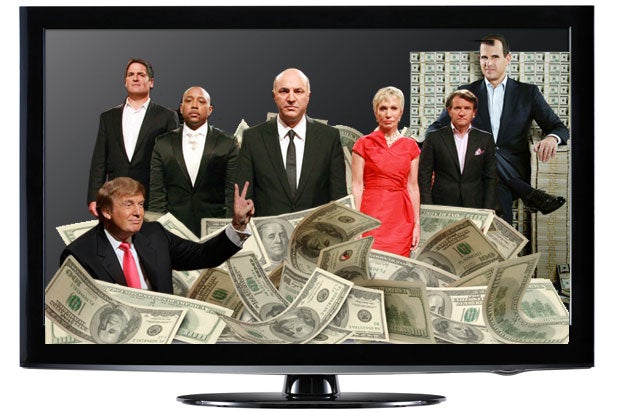 Even as many wonder whether reality TV is beginning to run its course, unscripted business shows are experiencing an unprecedented boom.

Fueled by an interest in entrepreneurship sparked by the recent economic crisis, an emerging millennial workforce that wants to work for itself and the meteoric rise of ABC’s “Shark Tank,” reality finance-centric dramas are quickly becoming a hot commodity.

“There appears to be some sort of a gold rush when it comes to business reality TV,” Jim Ackerman, CNBC’s senior VP of primetime alternative, told TheWrap. “When you talk about your livelihood, there are always major stakes involved and I think people respond to that.”

There are bottom-line-focused hits across the dial. Spike TV’s “Bar Rescue” averaged a 1.1 rating among adults 18-49 in its last cycle and is currently the network’s third highest-rated original series; Travel Channel’s “Hotel Impossible,” in which struggling hotels receive extensive makeovers courtesy of veteran hotel operator Anthony Melchiorri, has consistently ranked among the network’s top five shows; and Food Channel has been serving up “Restaurant Impossible” since 2011.

And CNBC has made business-themed unscripted shows a staple in primetime. In “The Profit,” Marcus Lemonis, CEO of Camping World and Good Sam Enterprises, offers struggling businesses capital investment and his expertise in exchange for an ownership stake. “Consumed: The Real Restaurant Business” premiered earlier this month with 212,000 viewers in the 25-54 news demo, about 8,000 more than “Profit’s” series debut — though it did suffer a significant ratings drop for its second episode.

On the network side, ABC’s “Shark Tank” spinoff “Beyond the Tank,” which debuted earlier this month, is performing as strongly as its parent show. Its most recent episode drew a 1.5 rating in the 18-49 demo, roughly the same as “Shark Tank’s” recent season finale; CBS recently renewed “Undercover Boss” for a sixth season; and NBC’s “Celebrity Apprentice” Season 14 finale scored a 1.6 rating in the key demo.

To be fair, not every business-related reality show has hit it out of the park.

AMC’s “The Pitch,” about real-life “Mad Men,” was pulled in 2013 after two seasons. CNBC’s “Crowd Rules,” in which three small businesses appealed for the support of a studio audience, got the ax in 2013 after eight episodes. And Spike TV’s “Hungry Investors” was yanked last year after a single season.

While business reality shows have thrived for as long as the genre has existed — CNBC’s “The Big Idea with Donny Deutsch” and NBC’s “The Apprentice” started it all — “Shark Tank” was the game-changer.

ABC’s entrepreneurial reality hit broke many of TV’s cardinal rules, starting with the way it dispensed money: All financial investments on the show come directly out of the hosts’ own wallets. So far, sharks Daymond John, Mark Cuban, Barbara Corcoran, Kevin O’Leary, Robert Herjavec and Lori Greiner have collectively doled out more than $66 million over six seasons.

That, experts say, not only feels a lot more real, it makes for great television.

“‘Shark Tank’ is a show that I like because there are real stakes involved,” Lemonis told TheWrap. “‘Shark Tank’ has been a very good platform for Americans to believe in something.”

Some of the true believers are at CNBC, which secured exclusive rights to repeats. While the show’s Season 6 finale drew 7 million views and a 1.5 rating for ABC, it also gave CNBC’s primetime lineup a much-needed shot in the arm to the tune of more than half a million viewers per episode.

The second-run “Shark Tank” helped lift CNBC to 16 consecutive months of primetime growth in key demos — not bad for a network whose peak hours begin and end with the ringing of the New York Stock Exchange bell.

“During the day, we’re speaking to a very specific audience and I thought at night we could speak to a much broader audience,” said Ackerman, who joined CNBC three years ago after creating uber-successful reality shows on VH1 such as “Love & Hip Hop.”

His biggest home-grown success is “The Profit,” the most-watched original series in CNBC history, with triple-digit growth from Season 1 to Season 2 among the advertiser-coveted key demos. The third season debuted this month.

He is also developing five more business reality series, including “Make Me a Millionaire Inventor,” about a team of mechanical engineers who scour patent archives looking for the next big idea and “Jay Leno’s Garage,” in which the former “Tonight Show” host will share his passion for cars and the inner workings of the automotive collector’s market.

It’s no accident that “Shark Tank” has become a cultural phenomenon in the wake of one of the worst global economic crises.

“When unemployment hit its high, we all went through a downturn,” Lemonis said. “When people got laid off, they had to figure out ways to make money and the rise of the entrepreneur came out of necessity. It’s become hip and cool to own your own business.”

Business-oriented shows also fill a void in family-freindly shows across the medium. “The silver lining for me is the number of young kids who know the show and are just as excited about meeting me as they are about meeting a professional basketball player,” Lemonis said. “They really believe that is a path for them.”

Indeed, millennials seem much more focused than past generations on working for themselves, preferably in their pajamas.

Rather than striving for the CEO spot, 66 percent of millennials would like to start their own business and 37 percent want to work on their own, according to a recent survey by Massachusetts’ Bentley University. That might explain why “Shark Tank” has seen a consistent spike in key demos year after year.

“The millennial generation is one of the fastest-growing markets for startup businesses,” said Susan Solovick, small business expert and New York Times best-selling author of “It’s Your Biz: The Complete Guide to Becoming Your Own Boss.” “Because of that, we’re going to see more and more of these shows.”

Solovick, who also works as an adjunct professor at St. Louis University Business School, says she often uses clips from shows like “Shark Tank” during her lectures.

“Business reality shows actually give people teachable principles,” she said. “You can watch a reality show and actually learn something.”

While business celebrities have been around for as long as big business itself, they’ve never been quite as prevalent as they are today. Cornelius Vanderbilt was one of the earliest celebrity CEOs; Vanderbilt University serves as his legacy. Lee Iacocca became famous for spearheading the development of Ford Mustang and Pinto cars and Steve Jobs and Bill Gates became household names for revolutionizing the computer industry.

But the advent of reality business shows has spawned a whole new market for CEOs as media personalities. And TV producers are scrambling to find the next Mark Cuban — even if not all of them fit into the “shark” category.

Case in point: “The Profit’s” Marcus Lemonis, who comes across as a kind, unaffected guy next door despite his estimated $150 million fortune.

During a recent episode, Lemonis gave the manager of one his companies a 25 percent stake in the business. It was not only generous — as evident by the manager’s shocked reaction — it further deepened and cemented her commitment to the business.

“The Profit” has made Lemonis a bona fide celebrity, with nearly half a million followers on Twitter. “I’m definitely not the best-looking guy and I’m not the smartest guy in the world, but I really do believe in what I do,” he said. “I always felt like the underdog, and small business to me feels like the underdog.”

These days, the exec who described himself as “a super-awkward kid” in high school is getting the kind of attention usually reserved for Hollywood royalty — a fact that surprises him even more.

“I always wondered what it would be like to be a rock star,” he said. “When you’re a kid you think, ‘How cool would that be?’ You’d have long hair and a tour bus. You laugh about it as a child but it really does feel that way.”