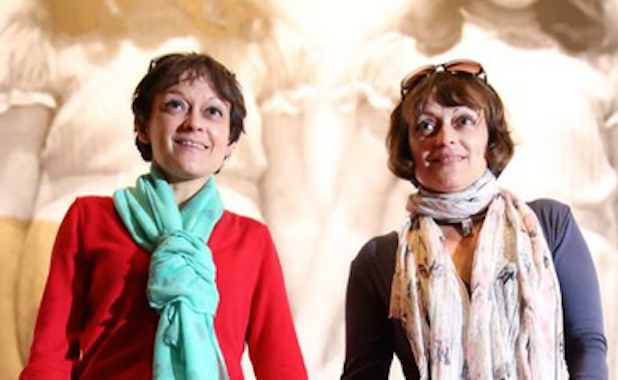 The twin sisters that helped drive Jack Nicholson insane in “The Shining” didn’t do much more acting after that classic film hit theaters, but they did pop up to visit the Stanley Kubrick traveling exhibit’s Krakow stop over the weekend. Now 46 years old, the twins had a merry old time, posing for photos in corridors and taking snaps of their old costumes, among other things.

They also saw the movie on the big screen for the first time, which is a pretty remarkable fact, 34 years after it was released.

In fact, they documented it all on their Facebook and Twitter pages, which are dedicated to spreading the word that they are functional adults and not super creepy dead children.

.@MNKrk We saw these! Yes! The stains came out. Phew! Can sleep easy. Thought they’d be there for ever and ever! pic.twitter.com/WiP4oHF6MP