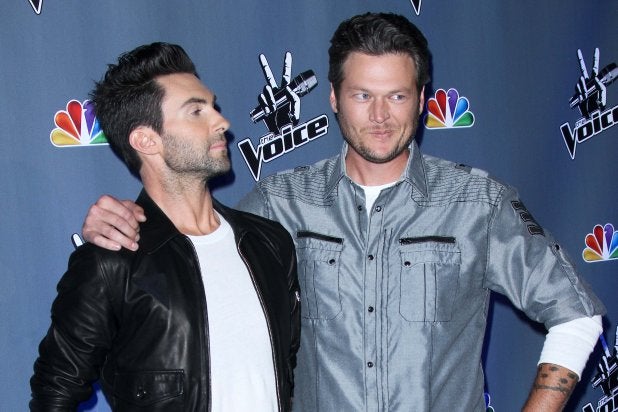 Spoiler alert: Do not read on if you have not yet seen the Season 7 finale of NBC’s “The Voice” and don’t want to be spoiled.

It came down to four finalists, who each did their best to impress viewers on Monday’s performance finale. Coach Adam Levine managed to get all three of his finalists to the end, while coach Blake Shelton kept one. But, one is all you need to win the show. Could Shelton’s Craig Wayne Boyd upset all three of Levine’s finalists to take home the crown?

Damien Lawson, Chris Jamison and Matt McAndrew each gave very strong performances Monday night, as did Boyd. For the first time in “Voice” history, the finalists each performed original songs accompanied by an official music video release. The singles were made available via iTunes.

It was just a prelude of what may come for the winner of “The Voice,” and quite frankly what NBC is probably desperately hoping will come. While “The Voice” has been dominant in the ratings, it has yet to create a bona fide recording star, unlike Fox’s “American Idol,” which can boast plenty of stars.

Win or lose, this was the biggest platform these artists could have hoped for in this day and age. But they still wanted to win, of course.

One by one, host Carson Daly announced a finalist who didn’t win, and one by one Adam Levine’s finalists were eliminated with Lawson settling for fourth and Jamison coming in third. Finally, it was down to Craig Wayne Boyd vs. Matt McAndrew. Blake Shelton vs. Adam Levine.

The two coaches have been there since the beginning, and between them have won six of the show’s seven seasons. Making it four to two in Shelton’s favor, it was Boyd who emerged triumphant.

Season 8 of “The Voice” will premiere in early 2015, and features the return of original host Christina Aguilera. She’ll join Shelton, Levine and returning coach Pharrell Williams. Gwen Stefani has indicated she will not be returning to “The Voice.”