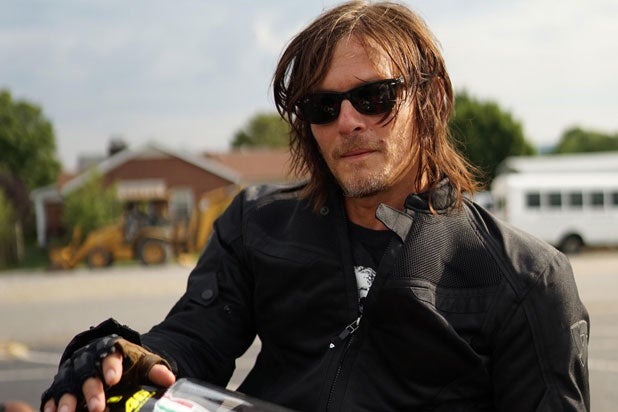 AMC has ordered six episodes of the unscripted series “Ride With Norman Reedus,” the network announced on Thursday.

The show features “The Walking Dead” star exploring motorcycle culture and history across the country, accompanied by a stable of assorted stars and local bikers.

Each one-hour episode will see Reedus and a companion visit a new city on a variety of showcased choppers to sample the bike shops, tattoo parlors, bars and restaurants favored by fellow riders. Think of it as “Comedians in Cars Getting Coffee” on meth.

“We love being the home of people’s passion projects, and there is nobody more passionate about motorcycles than Norman Reedus,” said Joel Stillerman, president of original programming and development for AMC and SundanceTV.  “He is an avid rider and aficionado who is deeply immersed in motorcycle culture. There is also nobody more fun to hang out with. This show will bring those two elements together for a weekly ride into the incredible world of motorcycles and the people who live and breathe them.”

“I’m incredibly excited and thankful to AMC for giving me the opportunity to share a passion of mine with our fans, and hopefully a whole new audience. I had a lot of fun filming and exploring, and I hope it shows,” said Reedus.

“Ride With Norman Reedus” is produced by Left/Right Productions and is slated to premiere next year.