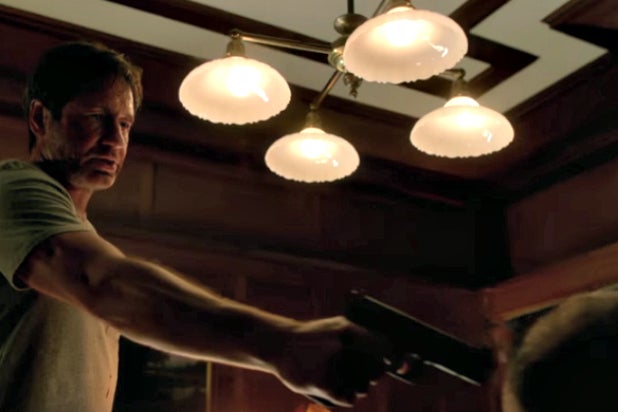 (Spoiler alert: Do not read on if you haven’t seen the finale of “The X-Files” event series)

“The X-Files” event series concluded with a major cliffhanger on Monday night, and while some fans were blown away, others did not hold back their disappointment.

Mulder and Scully’s ambiguous fate led one fan to call the finale “god-awful,” but others felt it was the perfect way to tease a potential season 11. “I believe we will get the answers we want and need, but not now,” another fan said.

What did you think of the episode? Read some other reactions and comment below.

The mythology always worked best when it was shrouded in mystery and darkness. All the alien stuff this season was too tangible. #TheXFiles

What a god-awful #TheXFiles finale. Makes Season 9 seem tolerable in comparison. I’m not even sure I’m glad the series got rebooted.

I liked 2-3 of the revival eps from #thexfiles . Was it worth the revival? That’s debatable. However it gave me this pic.twitter.com/tY74URG10Z

Anyone else as let down by #TheXFiles as I was? Because I might start a support group.

Don’t talk shit about the season finale of #TheXFiles. I believe we will get the answers we want and need, but not now.

Tell me there will be another season! The final was amazing!#TheXFiles

16 Stars You Forgot Were on 'The X-Files' (Photos)

Long before most of them were famous, these actors popped up during the original run of “The X-Files”