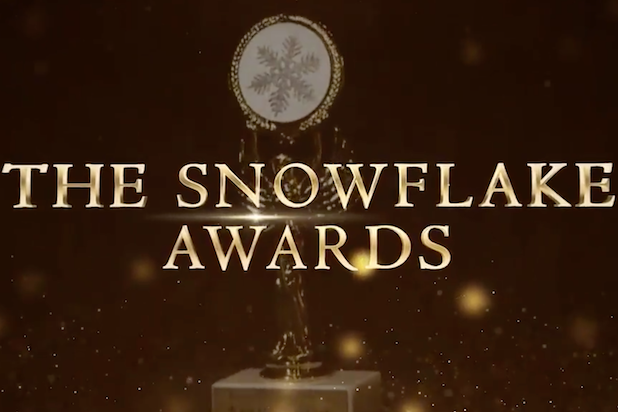 The Blaze’s Tomi Lahren and Doc Thompson are making a mockery of the Academy Awards, announcing an Oscar-night alternative viewing, the liberal-bashing “Snowflake Awards.” Not surprisingly, a ton of high-profile Hollywood stars have received nominations.

“Snowflake” is a derogatory term that conservatives use to describe liberals on right-leaning shows such as Fox News’ “Hannity.” The “Snowflake Awards” are an actual event and fans can vote to determine the winner from a variety of categories.

Also Read: Tomi Lahren Explains Why You Might Be A Snowflake (Video)

Lahren has emerged as a rising star among conservative media over the past few months, appearing on “The Daily Show,” “Real Time” and a variety of Fox News programs. She popularized the term “snowflake” during her “Final Thoughts” segment on TheBlaze.