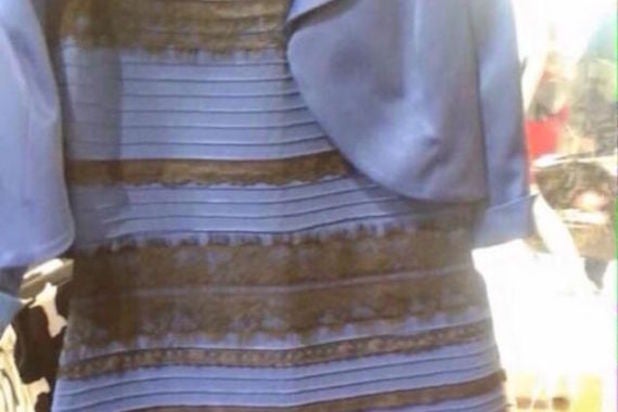 Not even Hollywood is immune to the power of #TheDress.

Justin Bieber, Taylor Swift, Ellen DeGeneres, Zach Braff, Julia Louis-Dreyfuss and Anna Kendrick are among the stars that have taken to Twitter to express their support for either #whiteandgold or #blackandblue.

“I don’t understand this odd dress debate and I feel like it’s a trick somehow. I’m confused and scared,” Swift said.”PS it’s OBVIOUSLY BLUE AND BLACK.”

What started out as an innocent Tumblr post quickly turned into an internet phenomenon. Since being posted on Thursday, over 1.2 million tweets have been sent regarding #TheDress.

The subject is dividing morning news teams across the country, too. Here’s what Hollywood had to say:

If that's not White and Gold the universe is falling apart. Seriously what is happening????

Is it even a dress? #blessed #alexfromtarget

It's blue & brown. Period. Next? #whatcoloristhisdress

The llama is white and gold. #PeterPanLive

I don't understand this odd dress debate and I feel like it's a trick somehow. I'm confused and scared. PS it's OBVIOUSLY BLUE AND BLACK

And for everyone asking I see blue and black

From this day on, the world will be divided into two people. Blue & black, or white & gold. http://t.co/xJeR7GldwP pic.twitter.com/i6BwVzPzSZ