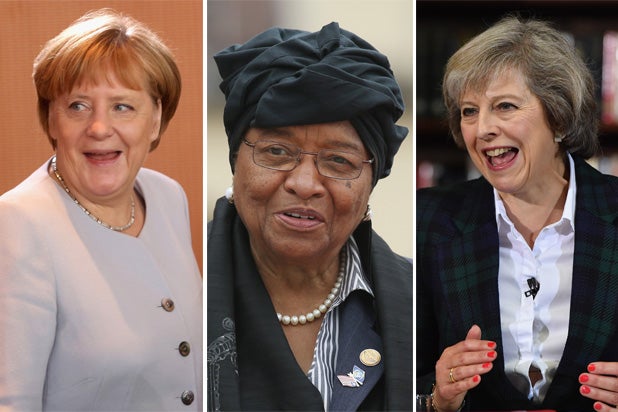 Getty Images
As Theresa May prepares to become Britain's next prime minister, take a look at some of the most prominent female political leaders in the world. 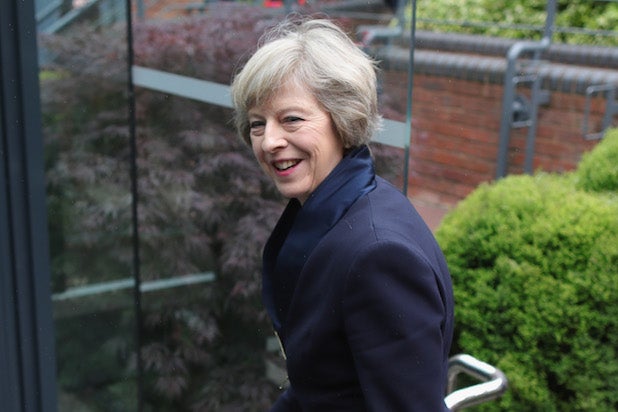 Christopher Furlong/Getty Images
Theresa May, Prime Minister of the U.K. May is the new prime minister following the withdrawal of opponent Andrea Leadsome. May — who was Britain's home secretary — will be responsible for leading negotiations with the European Union after the Brexit vote, stabilizing the U.K.'s economy, and responding to growing calls for independence from Scotland. May is Britain's second female prime minister after Margaret Thatcher. She will formally be appointed by Queen Elizabeth II. 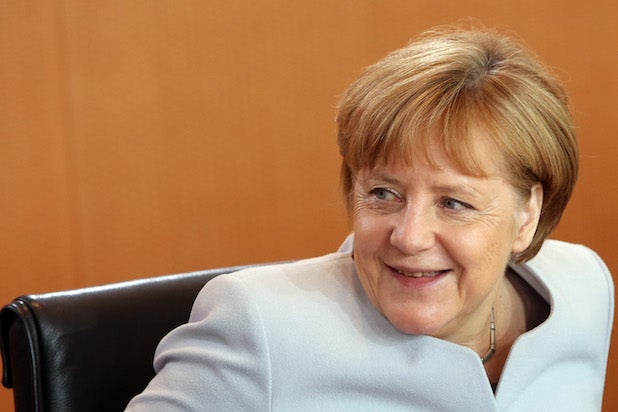 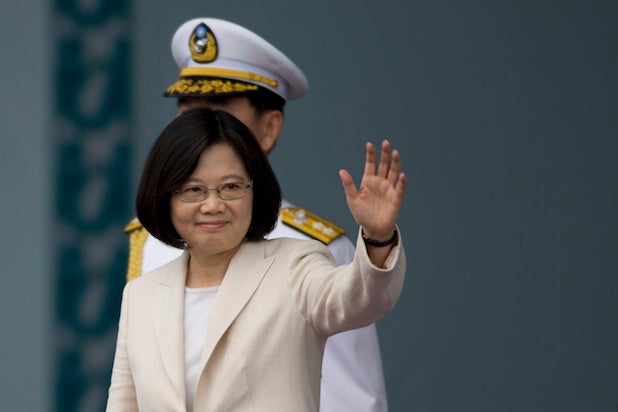 Ashley Pon/Getty Images
Tsai Ing-wen, President of the Republic of China Tsai, who assumed office on May 20, is the first female president of Taiwan. Before winning in a landslide victory, she formerly served as the chair of Democratic Progressive Party. She has also publicly endorsed same-sex marriage and LGBTQ rights on her Facebook page. 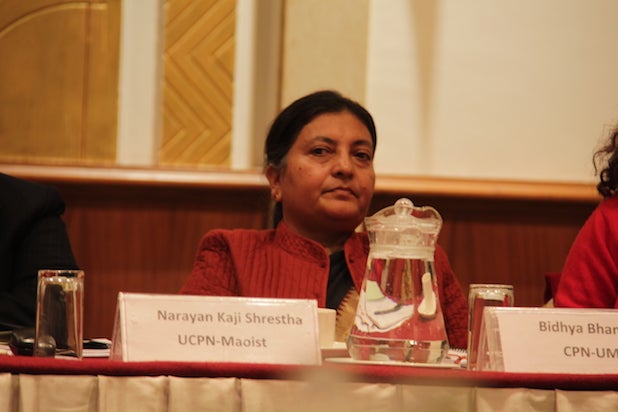 Wikimedia Commons
Bidhya Devi Bhandari, President of Nepal Elected last year, Bhandari is Nepal's second president and first woman to take on the position. She is a member of the Communist Party of Nepal and had been campaigning to secure women's rights in the country's new constitution. 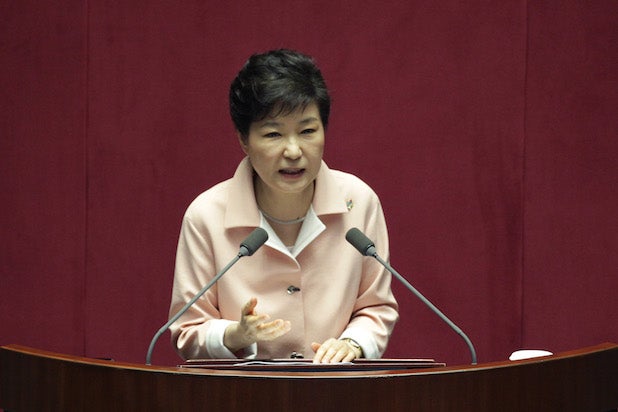 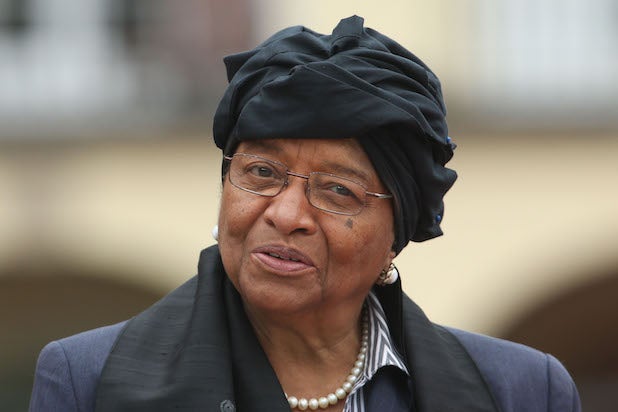 Sean Gallup/Getty Images
Ellen Johnson Sirleaf, President of Liberia In 2011, Sirleaf was jointly awarded the Nobel Peace Prize with Leymah Gbowee of Liberia and Tawakkol Karman of Yemen for their "non-violent struggle for the safety of women and for women’s rights to full participation in peace-building work." She is the first woman to be elected as a head of state in Africa and the chair of the Economic Community of West African States. Sirleaf also happens to be the aunt of actress and comedian Retta, who portrayed Donna on "Parks and Recreation."

Wikimedia Commons
Kolinda Grabar-Kitarović, President of Croatia Grabar-Kitarović assumed office in 2015 as Croatia's fourth president. She is the first woman and youngest person to be elected to the position. She previously has served as Croatia's minister of European affairs, minister of foreign affairs and European integration, assistant secretary general for public diplomacy at NATO, and ambassador to the United States. 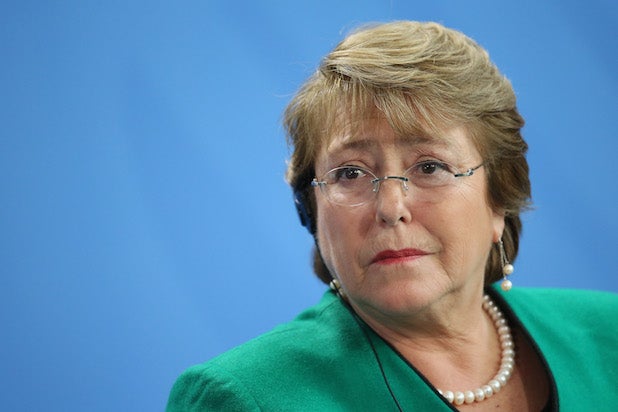 Sean Gallup/Getty Images
Michelle Bachelet, President of Chile Bachelet has won the Chilean presidential elections twice and currently serves as the 37th president. She was the inaugural executive director of the United Nations Entity for Gender Equality and the Empowerment of Women and served as the health minister and defense minister under previous Chilean president Ricardo Lagos. 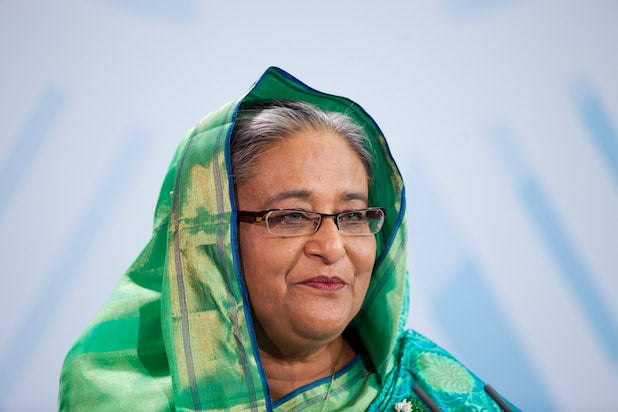 Carsten Koall/Getty Images
Sheikh Hasina Wajed, Prime Minister of Bangladesh As a leader of the Bangladesh Awami League, Hasina has served as prime minister three times. Her first term lasted from 1996 to 2001 and the second term between 2009-2014. She began her third term in 2014 after winning the election, which was boycotted by the main opposition alliance. 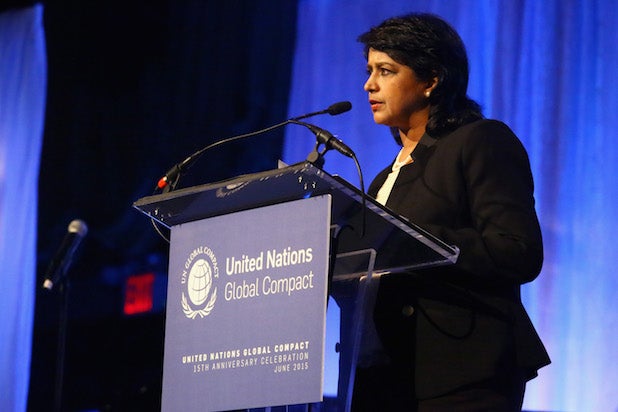 Astrid Stawiarz/Getty Images
Ameenah Gurib-Fakim, President of Mauritius Gurib-Fakim, a biodiversity scientist, was elected president in 2015. She is the first woman elected to the position and is currently the managing director of CIDP Research & Innovation, where she studies the medicinal and nutritive uses of Mauritius' indigenous plants. She was a professor at the University of Mauritius and was awarded the L'Oréal-UNESCO Award for Women in Science in 2007.

Sean Gallup/Getty Images
Dalia Grybauskaitė, President of Lithuania As Lithuania's first female president, Grybauskaitė was inaugurated in 2009 and re-elected in 2014. She previously served as the vice minister of foreign affairs, minister of finance, and European commissioner for financial programming and the budget. Along with presidents Barack Obama, Joachim Gauck and François Hollande, Grybauskaitė boycotted the Sochi Winter Olympics.
x
Looks like you're enjoying reading