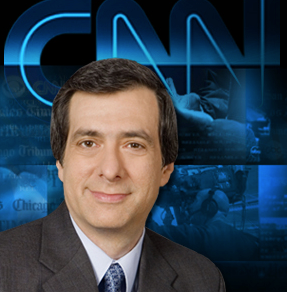 TheWrap will be an ongoing contributor to Howard Kurtz’s weekly "Reliable Sources," which airs on Sundays at 11 am est/8 am pst, and its coverage will be part of Patt Morrison’s show on public radio station KPCC.

I’ll be appearing regularly on Howie’s show on Sunday, and will have a regular feature with Patt on Fridays on KPCC, 89.3 in southern California. (Also available over the internet, naturally.)

Patt Morrison is a live two-hour public affairs show airing weekdays at 1 p.m. throughout Southern California on 89.3 KPCC, and is winner of the 2009 Golden Mike for Best Radio News and Public Affairs Program.

Howard Kurtz is the host of the weekly CNN program Reliable Sources, which turns a critical lens on the media. Kurtz leads the scrutinizing of the media’s fairness and objectivity by questioning journalists of top news organizations, including those at CNN.

(Los Angeles) – April 23, 2010 – TheWrap.com, the fastest-growing news organization covering the business of entertainment and media, today announced that it will be an ongoing contributor to CNN’s "Reliable Sources" and 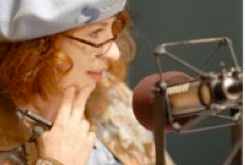 With CNN’s "Reliable Sources," TheWrap.com Editor-in-Chief Sharon Waxman will make regular contributions on-air, covering the convergence of entertainment and media alongside her longtime colleague and host, Howard Kurtz. Additionally, TheWrap.com and CNN.com will share content between the two news sites.

“I have huge respect both for Howie Kurtz and Patt Morrison, who are friends and colleagues, and I could not be more excited about sharing TheWrap’s perspective with their audiences,” said Waxman. “These partnerships reflect the cross-media collaborations that have become the model for success in the world of new media.”