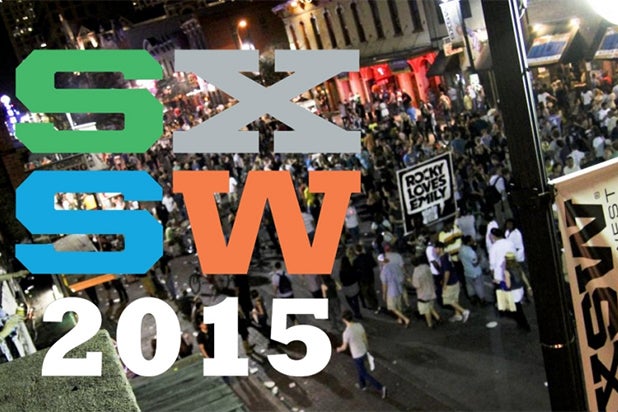 The film channel of CreativeLive, a live online global classroom for creative entrepreneurs, has partnered with TheWrap and Filmmaker Magazine for a series of live talks with renowned filmmakers, actors, screenwriters and film entrepreneurs, including Hal Hartley, Robert Duvall, Robert Rodriguez, Karyn Kusama, Adrien Brody, and more at the 2015 SXSW Film Festival. All discussions will be broadcast live, online, and for free from 10am-2pm CDT on March 14 and March 15.

TheWrap’s interview studio will be hosted by CEO and Editor in Chief, Sharon Waxman. TheWrap will be livestreaming on Sunday, March 15 from 10:30am-12:30pm CDT.

“We are honored and thrilled to bring such a diverse group of film artists to our CreativeLive Film community, through the lens of the SXSW Film Festival. What’s equally exciting is partnering with two of the cornerstones of online film information and traffic, Filmmaker Magazine and TheWrap. As a new player in the space of film education and discourse, we simply could not script a better introduction, and our users will be the beneficiaries as they should be!” says Robert Milazzo, CreativeLive’s Head of Film Education.

CreativeLive creates and broadcasts dynamic education for creative learners, practitioners, and entrepreneurs of all experience levels. CreativeLive empowers every individual to unleash their potential by providing direct access to the film industry’s most brilliant minds, live. In addition to film, CreativeLive offers classes in photography, design, business, audio, music, and software training, unlocking previously closed doors by making world-class education available to everyone.

Anyone in the world can watch the CreativeLive’s live-streamed classes for free – and interact with instructors and peers in real time. All classes are available for purchase to watch on-demand.

The future of education is interactive, free, and live now.

The Wrap News Inc., founded by award-winning journalist Sharon Waxman in 2009, is the leading digital news organization covering the business of entertainment and media.

TheWrap was nominated as the Best Entertainment website in 2012 and named the best online news site in both 2012 and 2009 at the National Entertainment Journalism Awards by the Los Angeles Press Club. It has won many other awards for investigative reporting, columns, criticism and feature writing. TheWrap was named one of the “100 Most Important Online Publishers” in 2010 by OMMA, the magazine of online media, marketing and advertising.

Get the best of SXSW social media coverage