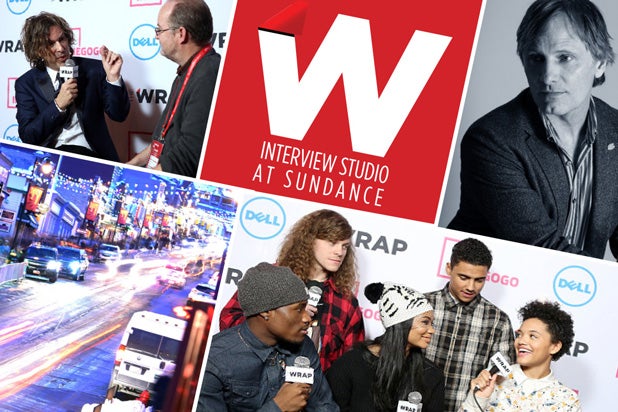 Park City, UT, January 18, 2017 -  The Wrap News, the entertainment industry’s leading digital news site, returns to Sundance with its signature pop-up interview and photography studio from January 21 to 23, based on Main Street at Old Town Cellars and a host of related branded content and industry events.

Wrap reporters and editors will conduct three full days of video interviews at the festival with the leading actors and directors appearing, including:

A related photography studio for iconic portraits of Sundance talent will also be part of the studio, presented by the all-new Kia Niro 2017.

For the first time, TheWrap will partner with augmented reality and visual search app Blippar to engage within our talent interview studio. Talent and influencers will have the opportunity to test new technology that will instantaneously allow users to discover more from the world around them.

In addition, TheWrap is once again partnered with UCLA’s School of Theater, Film and Television and YouTube for an industry panel discussion. “How to Make Your Indie Succeed in the Digital Age” takes place Monday January 23, 2017 , 4pm at the YouTube House 449 Main St. and is open to the public.  A reception will follow the panel.

*  Marti Noxon, writer-director, “To the Bone” (in competition)

TheWrap will also convene its popular influencer dinner with Plexus and other partners, hosting a group of 35 top individuals in independent film, producers, actors, CEOs, brand leaders and academics for a discussion focused on the future of the film industry.

TheWrap is pleased to welcome the sponsors of its 2017 branded activations, including Kia, Plexus, Blippar, Rabbit Hole Distilling,  and UCLA’s School of Theater, Film and Television.