TheWrap is pleased to announce the launch of “Breaking Into the Business Live,” a program of live events sponsored by IMAX to guide and inspire university students looking for their path into the entertainment business.

As part of the larger CollegeWrap initiative, “Breaking Into The Business Live” seeks to empower a generation of students looking for their first big industry break by uncovering the real stories of how careers in Hollywood get started from leading entertainment executives and content creators.

The first event will take place on December 7, 2016 at Edwards Alhambra Renaissance Stadium 14 & IMAX in association with IMAX and ArtCenter College of Design. 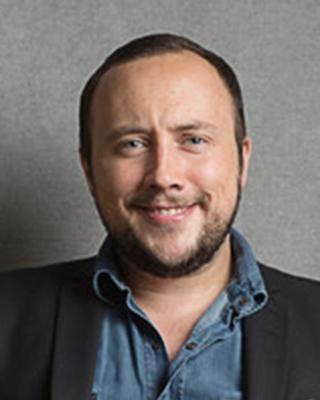 The program features Alex Noyer, producer of the hip-hop documentary “808,” with additional special guests to be announced.

Following a Q&A, students will have the opportunity to get direct feedback on their own 60-second elevator pitch from the panel of working Hollywood professionals.

IMAX is sponsoring this series as part of its In Focus young filmmakers program, which aims to cultivate young filmmakers by offering unique opportunities that will educate and inspire them to pursue careers in filmmaking. In Focus is a part of the Company’s Big Picture corporate social responsibility program.

All the events are free to current students and recent graduates; with the costs underwritten by IMAX.

“TheWrap has always been deeply invested in supporting education, but our new live and online approach represents a much deeper commitment to helping identify and support  the next generation of industry professionals,” said Sharon Waxman, founder and CEO of TheWrap. “We are really honored to be working with IMAX and these top film programs in our first set of events.”

“We are excited to work with TheWrap to provide experiences to help talented students better navigate breaking into the entertainment industry. This initiative aligns with our commitment to cultivate young filmmakers and we are proud to sponsor this collegiate effort,” said Greg Foster, CEO of IMAX Entertainment and Senior Executive Vice President, IMAX Corp.

In addition to live events, TheWrap is publishing its first ever College Wrap magazine in December, ranking the top 50 film schools, as well as top business entertainment programs.

The documentary is set for release on December 9, 2016. A new documentary by Terrence Malick, “Voyage of Time: The IMAX Experience,” will also be screened at the December 7 event, which is free of charge to ArtCenter students.

The Wrap News Inc. is the leading digital news organization covering the business of entertainment and media.  Founded by award-winning journalist Sharon Waxman in 2009, The Wrap News Inc. is comprised of the award-winning, industry-leading website with its high-profile newsbreaks, investigative stories and authoritative analysis;
Wrap Events presents a number of programs under the CollegeWrap banner including the Top 50 Film School Issue and The Wrap’s PowerGrid. It also comprises a series of high profile gatherings of thought leaders including the Power Women breakfast series, Oscar season screening series and TheGrill, an executive leadership conference centered on the convergence of entertainment, media and technology. PowerGrid Pro is the most current, relevant film development database along with ThePowerGrid, an algorithmic, data-driven ranking system for every person, project and company in the film business; The Wrap News, Inc. is backed by Maveron, a venture capital firm based in Seattle, Washington and co-founded by Starbucks CEO Howard Schultz and Dan Levitan.

About IMAX Corporation IMAX, an innovator in entertainment technology, combines proprietary software, architecture and equipment to create experiences that take you beyond the edge of your seat to a world you’ve never imagined. Top filmmakers and studios are utilizing IMAX theatres to connect with audiences in extraordinary ways, and, as such, IMAX’s network is among the most important and successful theatrical distribution platforms for major event films around the globe.

IMAX is headquartered in New York, Toronto and Los Angeles, with offices in London, Tokyo, Shanghai and Beijing. As of Sep. 30, 2016, there were 1,145 IMAX theatres (1,037 commercial multiplexes, 16 commercial destinations and 92 institutions) in 74 countries. On Oct. 8, 2015, shares of IMAX China, a subsidiary of IMAX Corp., began trading on the Hong Kong Stock Exchange under the stock code “HK.1970.”

IMAX®, IMAX® 3D, IMAX DMR®, Experience It In IMAX®, An IMAX 3D Experience®, The IMAX Experience®, IMAX Is Believing® and IMAX nXos®are trademarks of IMAX Corporation. More information about the Company can be found at www.imax.com. You may also connect with IMAX on Facebook (www.facebook.com/imax), Twitter (www.twitter.com/imax) and YouTube (www.youtube.com/imaxmovies).

For more information on attending, sponsoring or being a part of CollegeWrap events, contact Kelly-Marie Jones  via email or call 424 248 0662.