TheWrap is pleased to announce that “Bear Story,” a double winner at its 2015 ShortList Film Festival in both the audience and jury categories, won Best Animated Short at the Academy Awards on Sunday night.

The short tells of a lonesome bear who builds an elaborate mechanical diorama in an attempt to remember (and perhaps recover) the life he used to live with his wife and son before he was ripped from his home and sent to a circus.

Audiences in Osorio’s native Chile immediately recognize the film as an allegory for the way families were torn apart during the murderous Pinochet regime during the 1970s.

TheWrap caught up with Osorio at the Governors Ball following his Oscar victory. The young director said he thought the exposure at the ShortList festival, and the accompanying article on the website, was the first time the real story of the film reached a wider audience, particularly in Hollywood.

“When I came out here for the ShortList and you told me I had a shot at the Oscar, I never believed it,” he said. “Now I still can’t believe that it happened.”

It took a team of animators at Punkrobot, a Chilean animation company founded by Osorio and two friends, two years of steady work to make “Bear Story” — but those two years were spread out over about five years in total, interrupted by other projects the company is working on. 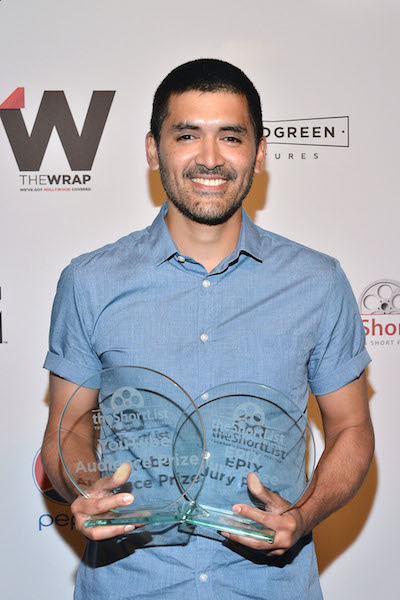 Osorio previously told TheWrap that the idea was “mainly inspired by the story of my grandfather. He was exiled from Chile in the ’70s and spent 10 years in England — I knew that I had a grandfather, but I didn’t meet him when I was a kid.”

“It’s an amazing opportunity to get this message through,” he said in the Oscars press room following his historic victory. “The importance of family, that the family must be together and cannot be separated for any political reasons or for any other reason.

The ShortList is TheWrap’s annual showcase for the best award-winning shorts around the world, streaming for our online audience and for an industry jury.  We select 12 of the best award-winning short films that have premiered at a major festival in the past year, making this the most highly competitive film festival of its kind. The ShortList accepts entries for one original film up to five minutes in length. Entries for the 2016 Film Festival will open by April.