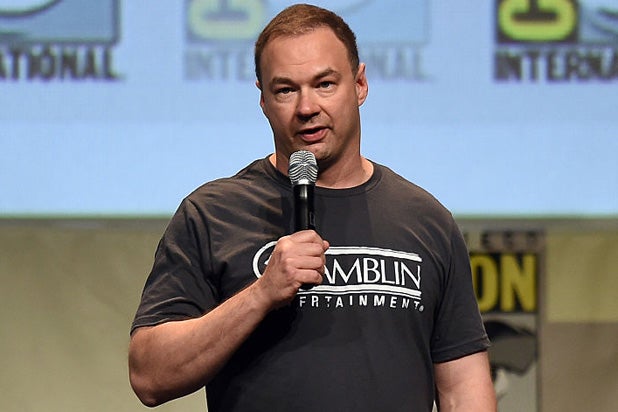 But in those 12 months, the relationship between Tull and Wanda CEO Wang Jianlin, the wealthiest person in China, apparently hit a wall. A great one.

Legendary’s long-hyped “The Great Wall,” a historical adventure epic starring Matt Damon and Andy Lau and directed by Zhang Yimou (helming his first English-language film), was intended to be China’s first true crossover hit. It stars A-listers from both sides of the Pacific with a plot that has Europeans and Chinese working together to battle monsters on the Great Wall.

But despite the hype and Wanda’s marketing might behind it, the film couldn’t even manage to be a blockbuster in that one market, making just $164 million at the Chinese box office. That seems impressive until one considers that “Furious 7” made $391 million there and even “Zootopia” hauled in $236 million — and that “Great Wall” carried a production budget estimated at $150 million.

According to a source with knowledge of the situation, when Tull sold his company to Wanda, he received “phantom stock” in the company due to China’s prohibition on foreigners directly investing in entertainment companies. Instead of owning a piece of the company, Tull received payments corresponding to his interest in the company that would mimic the benefits of ownership, but without the security. The upside for Tull was the eye-popping $3.5 billion sticker price, but the downside to the deal was that he didn’t get any tangible stock to hold on to.

Instead, Tull was relying on a planned reorganization of Wanda’s entertainment assets into its publicly traded theater chain, Wanda Cinema Line, in order to provide a liquidity event. Without such an event, his shares in Legendary were essentially worthless. But with Legendary’s struggles to turn a profit — the production company lost $500 million last year, according to Chinese regulatory filings — that liquidity event grew more distant.

Also Read: China's Wanda Group CEO Heads to Hollywood With All Eyes on Him

In August, Wanda suspended its reorganization plan — that would have had Wanda Cinema Line acquire Legendary parent Wanda Media for $5.7 billion — after numerous questions from Shenzhen Stock Exchange regulators. The move indicated the company would revisit the deal after “further discussion” and “better integration” of Legendary. As part of its scrutiny, Chinese regulators required that Legendary report four consecutive quarters of net profitability in order for it to become part of the publicly traded entity. (China’s stock market uses net profit multiples as a core metric.)

But with “The Great Wall” failing to get meaningful lift-off in China, where TheWrap’s source said it was initially targeted to make $350 million, that meant Legendary would be unlikely to turn a profit anytime soon. Tull may have taken a look at the performance of “The Great Wall” and Legendary’s future slate, which includes mega-budget action movies like “Pacific Rim: Uprising” in the pipeline, and decided to negotiate an exit now rather than wait for a liquidity event that might never have happened. And China’s richest man appears to have played yet another winning hand.