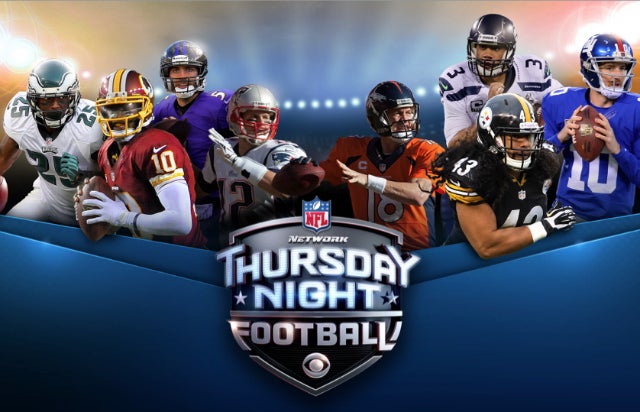 Ignore The Eye in the above photo: Fox has poached the NFL’s “Thursday Night Football” package from CBS and NBC, and all it cost them was $60 million per game, TheWrap has learned.

Eleven weeks of primetime pro football games will head to the Murdoch-owned broadcaster and its Fox Sports arm for the next five years, beginning with the 2018 season. Crunching some numbers, that means 21st Century Fox paid more than $3 billion in total for the games. With Disney set to acquire many of its assets over the next year or so, Fox’s big, fat check and the valuable rights it attained might be necessary to keep what they’re calling “New Fox” afloat.

The deal includes 11 regular-season games from Weeks 4-15. The Thanksgiving evening game is technically a “Sunday Night Football” production, and thus still belongs to NBC. This agreement also includes all digital rights, which will allow Fox Sports to stream “TNF” games on mobile — which would be the first time that ever happened.

“This agreement is the culmination of over 10 years of strategic growth around Thursday Night Football, a period during which this property has grown from a handful of late-season games on NFL Network to a full season of games and one of the most popular shows on broadcast television with additional distribution via cable and digital channels,” NFL Commissioner Roger Goodell in a statement. “As one of the leaders in sports television and a recognized innovator of NFL game broadcasts for many years, we’re excited to be extending our partnership with Fox Sports, one of our most trusted and valued partners, to include Thursday Night Football.”

“Football is in our blood at Fox and we understand that nothing beats the NFL when it comes to television that captures people’s attention and defines American culture,” 21st Century Fox President Peter Rice added. “Our historic relationship with the NFL dates back to the earliest days of Fox, and we couldn’t be more excited to expand our deep and enduring partnership to include primetime games on Thursday night.”