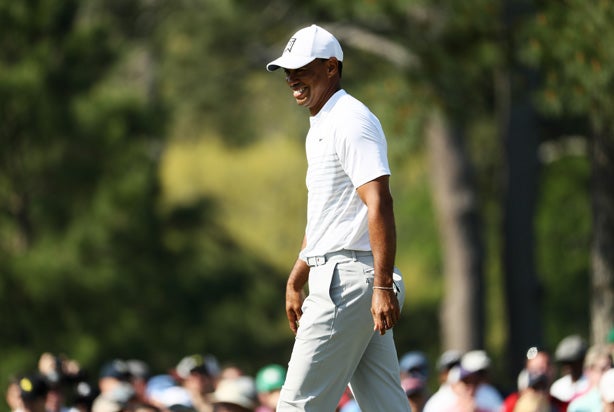 The Wrap has partnered with Canvs, the emotion measurement AI company, for a weekly look at some of the characters and personalities that have TV viewers the most worked up on social media. The data below covers July 18-24 and is drawn from the most emotionally reacted-to television programs, including broadcast, cable, streaming and PPV.

The final round of the 2018 Open Championship on NBC generated 29,926 Emotional Reactions (ERs) with Tiger Woods prompting much of the emotional conversation. Although he didn’t end up winning (Italian Francesco Molinari took first place), discussion heated up around Woods especially during his brief lead. Many fans declared that he is officially back and they can’t wait to see him play again.

Tiger in the lead, I'm at a movie with the family with tears of joy and excitement in my eyes. #TheOpen2018 #TheOpenChampionship pic.twitter.com/kRsniIPCnz

Still so fun to watch Tiger compete at a high level. Got me yelling at the TV! Good times! #TheOpen #Tiger @TigerWoods

I was really pulling for Tiger today. A childhood hero of mine. God what a time to be alive – Tiger is back!

The season finale of FX’s “Pose” sparked 17,613 ERs with the characters Blanca (portrayed by Mj Rodriguez) and Elektra (Dominique Jackson) both accounting for much of the conversation. Suddenly homeless, Elektra found some much-needed comfort and help from Blanca, who seems to have a knack for taking care of others. Many viewers sent messages of love and support for the two (despite Elektra’s previous vilification).

This is a lovely exchange with Elektra and Blanca. The part about a real paycheck and being reminded of her value. So powerful #posefx

Am I faulty for liking Elektra more when she's vulnerable? I actually think it adds to her villainy #posefx

Blanca has a heart of gold. She won’t let the cruelty of the world freeze her heart, nor harden it. #PoseFX

James Graham was big driver of emotional conversation during episode six of “The Four: Battle for Stardom” on Fox, which generated 14,660 ERs. Many viewers were upset when James was eliminated after a challenge from 17-year-old Leah Jenea. (It’s worth noting that a Twitter competition called #TheFourComeback has given James a chance at redemption as he and other eliminated contestants will return to the competition in the future.)

#TheFour #James was AMAZING tonite. But #Leah was damn good. Wish she'd challeged Ali and she and James would both be locked in!