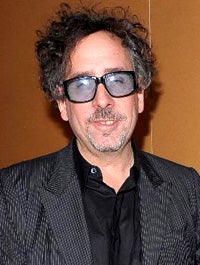 Tim Burton has been selected to head the 2010 Cannes Film Festival jury, its organizers said on Tuesday.

"After spending my early life watching triple features and 48-hour horror movie marathons, I’m finally ready for this," the 51-year-old director said in a statement.

"When you think of Cannes you think of world cinema,” he said. “And as films have always been like dreams to me, this is a dream come true."