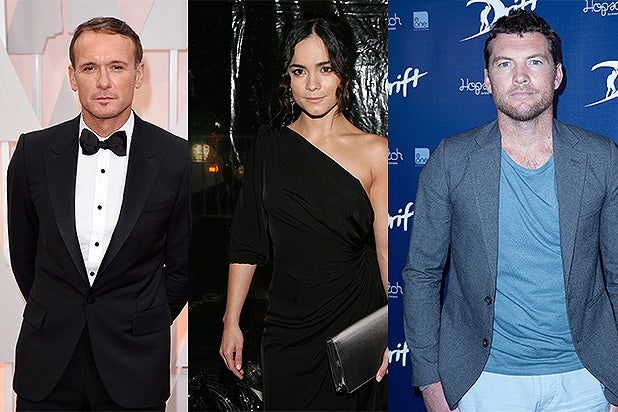 “Tomorrowland’s” Tim McGraw and “Elyisum” star Alice Braga will join Sam Worthington and Octavia Spencer in Lionsgate’s adaptation of “The Shack,” director Stuart Hazeldine revealed on Facebook on Sunday.Based on the bestselling 2007 novel by William Paul Young, “The Shack” is a faith-based drama stars Worthington as a man whose youngest daughter is abducted during a family vacation.

Evidence found in an abandoned shack leads authorities to believe she was murdered. Four years later, the man receives a note, apparently from God, inviting him back to the shack. Against his better judgment, he accepts the invitation and finds something there that will change his life forever.
Radha Mitchell, Graham Greene and Aviv Alush co-star, while newcomer Amelie Eve will play Worthington’s missing daughter. Other cast additions include Megan Charpentier and Gage Munroe.

Also Read: Octavia Spencer to Star in Lionsgate's 'The Shack'

“We have a great cast and a great crew bringing The Shack to life after many years of development. Excited to finally start shooting tomorrow,” Hazeldine wrote on Facebook.

Gil Netter is producing “The Shack” via his Netter Productions along with Brad Cummings. Production starts Monday.

Lionsgate executives Mike Paseornek, Matthew Janzen and Bree Bailey are overseeing the project on behalf of the studio, which acquired rights to the book in 2013. “The Shack” has sold more than 19 million copies in 39 languages, including 10 million in the U.S. alone.

Braga recently starred opposite Matt Damon in Elysium and will soon be seen alongside Liam Hemsworth and Woody Harrelson in “By Way of Helena.” She’s repped by WME and ROAR.