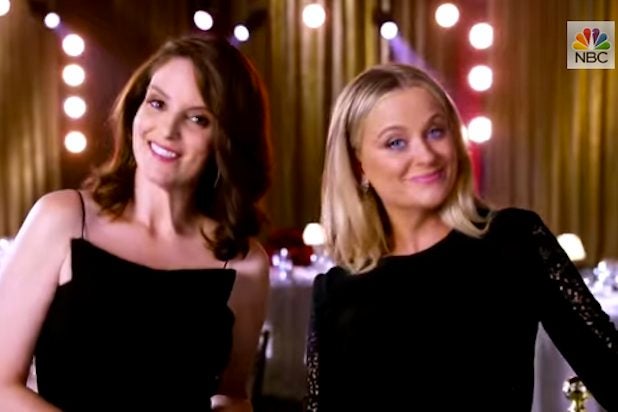 After hosting the Golden Globe Awards for the past three years with fellow comedienne Amy Poehler, Tina Fey says they’re ready to move on.

“We’re good,” Fey told E! News Friday, when asked if she would want to sign on for more hosting. “We’ve had so much fun doing it, but it’s its own special moment in time that will end.”

The NBC sitcom stars and “Saturday Night Live” veterans are expected to deliver lots of zingers Sunday night when they step on stage, and it seems no subject is off limits.

Fey has already said they plan to include embattled television icon Bill Cosby among their comedic targets.

The 77-year-old former “Cosby Show” patriarch has been accused of sexual assault or misconduct by over two dozen women, and he even joked about the allegations during a stand-up show in Canada on Thursday.

Cosby’s former TV wife Phylicia Rashad could be the butt of jokes, too, since she just recently defended Cosby from the allegations, and called the controversy “the obliteration of a legacy.”

Fey and Poehler will unleash their comedic assault on Sunday at 8 p.m. ET when the 72nd Annual Golden Globe Awards air live on NBC.